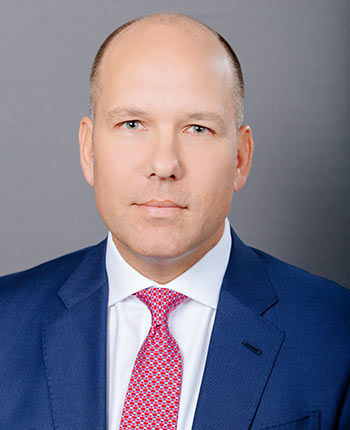 Paul Grod is President of the Ukrainian World Congress (UWC). He served as its Vice President for 10 years prior to his election in November 2018. During that time Paul Grod was responsible for many key initiatives and chaired a number of committees and projects including several international election observation missions to Ukraine and UWC’s Council in Support of Ukraine, among others.

Professionally, Paul Grod is a lawyer and business leader. He is President & CEO of Rodan Energy Solutions, a leading North American energy management company. Prior to founding Rodan Energy Solutions, Paul was a corporate and investment banker with CIBC World Markets and a lawyer with Gowling WLG, a leading global law firm where he practiced corporate finance and M&A law.

Paul Grod is past-President of the Ukrainian Canadian Congress, which coordinates and represents the interests of one of Canada’s largest ethnocultural communities (1.4 million).

Paul Grod is a recipient of many awards and recognitions, including:

Paul Grod is a member of the Law Society of Ontario and holds Bachelor of Political Science, Bachelor of Laws, and Master of Business Administration degrees. Paul is married and has four children.