February marks the 7th anniversary of the Russian occupation of Crimea. Is there a roadmap for de-occupation? What role can the Crimean Platform, a new international mechanism announced by the Ukrainian government, play in this roadmap?

Please join the Ukrainian World Congress and the Mission of Ukraine to the EU for an online discussion: “Crimean Platform: Roadmap for De-Occupation”.

The panel discussion will be held in English and Ukrainian.
February 23, 2021
#CrimeaisUkraineEU-Ukraine
SHARE

Nebesna Sotnia Heroes: the ultimate sacrifice for freedom
All Posts 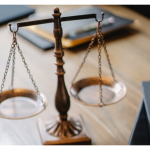