These days mark the 100th anniversary of the end of the Second Winter Campaign, which was the last attempt of the Ukrainian National Republic’s Army to win the independence of Ukraine by military means in the 1917-1921 Ukrainian War of Independence.

Having started the campaign in extremely unfavorable circumstances in late October 1921, the Ukrainian military aimed to fuel a major anti-Soviet uprising across Ukraine. However, on November 21 they were defeated in a battle near the village of Bazar in the Polissya region. Following the battle, the Bolsheviks executed 361 Ukrainian soldiers. The remnants of Ukrainian army left the territory of Ukraine by December 6, 1921.

The Second Winter campaign failed to achieve its primary mission. However, it became a demonstration of the Ukrainian heroes’ ultimate sacrifice in a struggle for freedom and independence of Ukraine. In result of a defeat of Ukrainian forces during the 1917-1921 Ukrainian War of Independence, the Soviet Russia occupied the whole territory of Ukraine, where it established a Moscow-controlled puppet state called the Ukrainian Socialist Soviet Republic. Nevertheless, Ukrainians had been refusing to recognize the Soviet rule. Until early 1930s, the territory of Ukraine had been constantly shattered by uprisings and mass protests against the Red occupants – from north to south, from east to west. Finally, the Communist regime managed to suppress the national resistance of Ukrainians only by organizing an artificial famine – the 1932-1933 Holodomor genocide.

In result of a defeat, thousands of Ukrainian patriots and soldiers of the Army of Ukrainian National Republic, together with their families,

had to leave Ukraine and emigrate to the West. Later they played a leading role in the formation of an organized global Ukrainian diaspora, which preserved the Ukrainian national identity, national memory and played a role of a powerful voice of a Free Ukraine in the world until the restoration of independence in 1991.

Today the Ukrainian World Congress recalls and heeds these lessons of history together with Ukraine. Together with its constituent organizations worldwide, UWC works to defend Ukraine from the modern Russian aggression, and to help it build a free, successful, and European state. 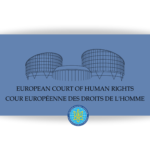 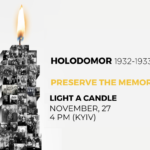