Ukrainians worldwide pay tribute to the memory of the PS752 victims

Ukrainians worldwide pay tribute to the memory of the PS752 victims

On the first anniversary of the downing of PS752  on 8 January 2020 the Ukrainian World Congress (UWC) and Ukrainians worldwide remember the victims of this terrible plane crash.

“Today we commemorate the terrible tragedy of the downing of PS752 near Tehran.  The global Ukrainian community expresses sincere condolences to the relatives and friends of the victims.  May the memory of the victims of this terrible plane crash be eternal,” stated UWC President Paul Grod.  “As Canada has designated January 8 as National Day of Remembrance for Victims of Air Disasters, we remember in our thoughts and prayers the 298 victims of Malaysian Airlines flight MH17 which was shot down by the Russian military over the territories they occupy in eastern Ukraine.  The perpetrators and the state actors under whose direction they operate must be brought to justice by international criminal courts.” 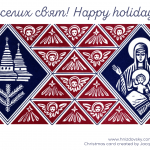 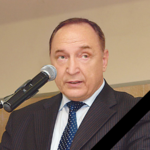 In Memory of Taras Dudko