An inspiring example: Chrystia Freeland and the Temertys included in the Canadian Maclean’s Power List!

An inspiring example: Chrystia Freeland and the Temertys included in the Canadian Maclean’s Power List!

Prominent Ukrainian Canadians Chrystia Freeland and the Temerty family were included in the prestigious Canadian Maclean’s Power List. According to the compilers of the list, these 50 people are breaking ground, leading the debate, and shaping how we think and live around the world. They are making transformative change.

The Ukrainian World Congress (UWC) expresses its sincere congratulations on such a prestigious media recognition. We are proud of these distinguished Ukrainians and thank them for the extraordinary support of the international Ukrainian community and their inspiring example for the next generations.

The list of 50 outstanding, trailblazing Canadians was compiled by the leading Canadian publication Maclean’s which has an audience of over 2.4 million readers. Read the full list here. 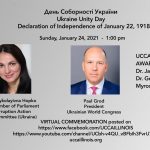 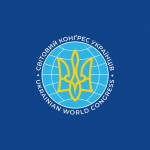