On September 29 and 30, the Ukrainian World Congress (UWC) joins Ukraine and the international community in marking and mourning the tragic anniversary of Babyn Yar Nazi massacre.

In the last days of September eighty years ago nearly 34,000 men, women and children were killed in Babyn Yar ravine on the outskirts of Kyiv. The victims were innocent children, elders, women and men who were murdered just because they were Jews.

For many years after, the Soviet totalitarian regime was trying to hide and erase this sorrowful memory. Eighty years later, Babyn Yar is still revealing its dark secrets, and today we know that it is also the final resting place for Ukrainians, Roma, and POWs of various nationalities killed by the Nazis. The total number of victims is estimated to be as high as 100,000, the vast majority of whom were Jews. May their memories be eternal!

While the tragedy of Babyn Yar is known for its atrocities, it is also a story of mercy and courage. Ukraine ranks fourth among the countries whose people are counted among the “Righteous Among the Nations”. As of 2021, 2,673 people from Ukraine have been bestowed this honour for risking their lives – and often the lives of their loved ones – to save those doomed to death. The lists of the Righteous continue to grow with new names as testimonies and scholarly research brings to light those worthy of recognition.

“Babyn Yar, a shared tragedy for Ukrainian and Jewish people, is an open wound for Ukraine and for humanity. We have a duty to safeguard its memory from political manipulations and disinformation, often used as weapons in Russia’s war against Ukraine. To honour the memory of the innocent victims for generations to come, UWC supports the Ukrainian state concept for establishment of a National Babyn Yar Museum and Memorial Complex of Ukraine. May their memory be eternal!” stated Paul Grod, UWC President.

On Sept 29 & 30, UWC, jointly with the National Historical and Memorial Reserve “Babyn Yar”, the Institute of History of Ukraine of the National Academy of Sciences of Ukraine, the Ukrainian Institute of National Memory, invites you to pay tribute to Babyn Yar victims. You can light a virtual candle of remembrance, lay a virtual stone or join the livestream of the Interfaith Prayer Service held at Babyn Yar on Sept 29, 8.30 pm Kyiv time. You can also join these commemorative events live in Kyiv. More detail about the events here babynyar.memorial

Background: in August, the UWC announced $20M in support of the National Babyn Yar Museum and Memorial Complex developed by the Institute of History of the Academy of Sciences of Ukraine. 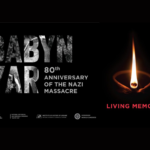 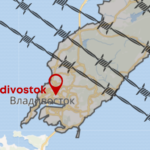