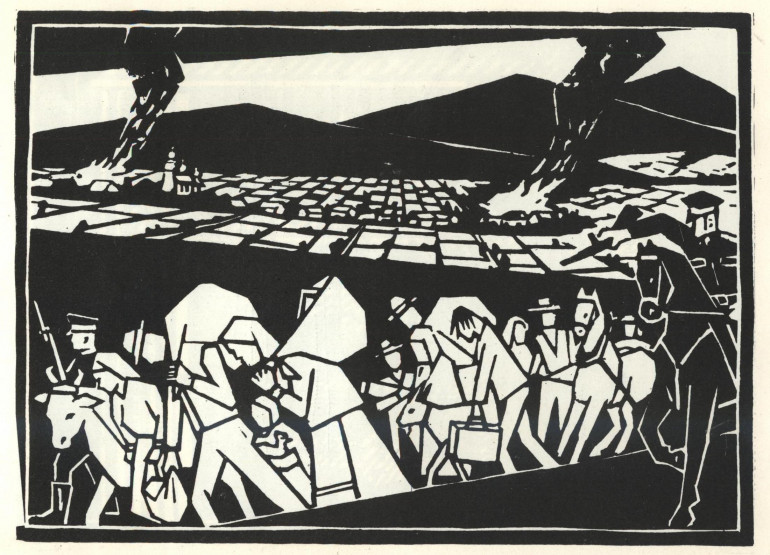 On the second Sunday in September, global Ukrainian communities commemorate the tragic 76th anniversary of the start of deportation of Ukrainians from Lemkivshchyna, Lubachivshchyna, Nadsiannia, Kholmshchyna, Southern Pidliashshya and Western Boykivschyna in 1944-1951.

Lemkivshchyna is the geographic and ethnographic name of the Western Carpathian land situated between Borzhava and Sian rivers in the East, and between Poprad and Dunaets rivers in the west. Hardworking and talented Lemky, the Western branch of the Ukrainian people, have been living there since the ancient times. World War II brought historic tragedy to this land: according to the Soviet-Polish Agreement of 1945, the territory of Northern Lemkivschyna had been finally transferred to Poland. Mutual exchange of population in the border regions took place in 1945-1946 on the basis of the signed agreements.

The relocation of Lemkos from their ethnic lands had to be voluntary, however, it became an ethnocide. Years of humiliation and exile, without the right to return to their native land, separation from the loved ones, famine, terror, collective farm slavery – this is what USSR Communist leadership did to hundreds of thousands of Ukrainians.

On this solemn day of remembrance, the Ukrainian World Congress (UWC) joins the World Federation of Ukrainian Lemko Associations (СФУЛО) and urges all Ukrainians globally to pay tribute to our tragic memory by joining liturgies, ceremonies at the deportation memorials, roundtables and conferences worldwide. The UWC also calls on Verkhovna Rada of Ukraine to support the draft law №2038 on recognition of Ukrainian citizens forcibly relocated from Poland in 1944-1951 as deportees.

“Forced resettlement of Ukrainians in 1944-1951 is the page of history that the world and Ukraine must know about. UWC stresses the importance of the draft law №2038. Recognizing these tragic events of Ukrainian history is our duty before this and future generations” – stated Paul Grod, UWC President.