On behalf of the Ukrainian World Congress, it is my great pleasure to congratulate the large and influential Ukrainian community of Canada on the 130th anniversary of the first settlement in Canada and wish you strength, inspiration and good health to carry out all your plans.

Thank you to each of you who works diligently to build Ukrainian public life in Canada and support our ancestral homeland of Ukraine.

Your anniversary coincides with the 30th anniversary of the restoration of Ukraine’s Independence. As history shows, regardless of time and place, Ukraine’s independence has always been its priority and the basis that has united generations of Ukrainians around the world.

Today, your community is part of one global voice of Ukrainians around the world led by UWC. And our main common task is to support Ukraine as its best sons and daughters have been defending for years and the escalation of Russia’s military actions is intensifying.

We continue to rely on your support in promoting Ukrainian interests at the international level, because only together can we be influential and effective.

Glory to the Ukrainian Canadian community! Glory to Ukraine! Glory to its heroes! 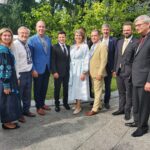 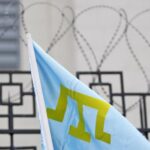