On February 12, the International Institute of Education, Culture and Diaspora Relations (IECDR) of Lviv Polytechnic National University presented an innovative communication platform with an interactive map of Ukrainian schools in the diaspora https://vsesvit.miok.lviv.ua. Now teachers, students, and parents on five continents can find Ukrainian schools, acquaint themselves with various educational subjects, and chat with like-minded people on the forum.

“We are proud that the UWC is a partner of IECDR and the Ukrainian Educational Universe project. For many decades, the International Educational Coordinating Council (IECC) at the UWC has brought together educators from Ukrainian schools from different countries and continents. We actively cooperate with the Ministry of Foreign Affairs of Ukraine, Churches, IECDR, and partners around the world to strengthen Ukrainian schooling and the network of Ukrainian studies. Now, thanks to the Ukrainian Educational Universe, we have the opportunity to connect and share experiences in the virtual world as well,” said UWC Executive Director Mariia Kupriianova.

The project aims to promote networking, communication, and cooperation between different types of Ukrainian educational institutions outside Ukraine, as well as supporting the development and strengthening of Ukrainian education abroad, whose students, in the future, will promote true knowledge about Ukraine and Ukrainian culture in their countries.

“We are witnessing how the desire to change the world for the better, persistence, and joint effort led to the successful implementation of the ambitious idea of ​​an interactive map and forum of Ukrainian educational institutions, which was originally suggested in 2018,” said Oksana Levytska, Chair of IECC. “And now our task, as partners of such a large-scale project, is to add information from different parts of the world where Ukrainians live and where Ukrainian children’s programs, schools, kindergartens, and departments of Ukrainian Studies at the higher-level educational institutions operate.”

“”Coming together is the beginning. Keeping together is progress. Working together is success.” Henry Ford’s words are very appropriate for our project – we have already taken the first step – we have united. We are now in the second stage – the process of filling the portal and bringing it to life. We believe in the success of our joint work,” Iryna Klyuchkovska, IECDR Director, summed up.

Watch the video of the platform launch event: https://cutt.ly/bkNmNdo 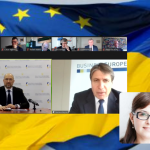 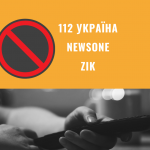