Meet the future: UWC celebrated accomplishments of the young Ukrainians in the run-up to 30th Independence Anniversary of Ukraine

Meet the future: UWC celebrated accomplishments of the young Ukrainians in the run-up to 30th Independence Anniversary of Ukraine

The first Ukrainian World Congress initiative for young diaspora members, UWC: 30 under 30, started on June 10th and finished on August 19th. During these three months, the UWC expert committee looked for talented youth under the age of 30 worldwide to honor and celebrate the achievements of the people who work to strengthen Ukraine’s global image and develop Ukrainian communities.

“More than 120 people from different corners of the world took part in our competition. In fact, this is not a competition, but a gathering of young people that are doing an important job and will work with Ukrainian World Congress,” noted First Vice President of Ukrainian World Congress Stefan Romaniw during the first 30 under 30 shortlist reveal.

Talented people united by youth, civic activism, Ukrainian descent, and active participation in the life of the diaspora, Ukrainians from Canada, the US, Germany, Great Britain, Argentina, Lebanon, the UAE, and other countries were featured in the top 30 shortlist.

“Generation Independence received an opportunity that their predecessors could only dream of because they were born, grew up, and lived in free Ukraine. However, changes do not automatically arrive with the young generation. We have to work with youth, and the UWC 30 under 30 initiative is a kind demonstration of this work,” -Archbishop-Metropolitan at Ukrainian Catholic Archeparchy of Philadelphia in the      United States, Borys Gudziak commented at the start of the initiative.

Nominees were evaluated on their initiative, effectiveness, creativity, teamwork and leadership skills, volunteering activities, as well as achievements in their country of residence.

The UWC nominating committee was responsible for selecting the finalist shortlist. The committee announced the names during the August 19th virtual award ceremony and was chaired by prominent figures such as the former First Lady of Ukraine and the Head of the Committee Kateryna Yuschenko, and Natalia Poshyvailo-Tauler the Regional Vice President of the Ukrainian World Congress in Oceania, Asia, and Africa, and Orysia Lutsevych, Head and Research Fellow of the Ukraine Forum of Chatham House, the Royal Institute of International Affairs, London.

“It was a great honor for me to be the Head of Expert Committee of such bright youth initiatives as UWC’s “30 under 30. Generation Independence.” Ukrainian youth, you are incredible! When I looked through your questionnaires, I realized that one should not worry, because today’s diaspora and its heart, our youth, is full of energy, devotion, creativity and is successful in the public sphere, ”
-Kateryna Yuschenko, Head of the nominating committee, shared her impressions.

You can read a whole finalist list via this link: https://www.30under30.ukrainianworldcongress.org/

Ukrainian Youth Association (CYM). One of the largest organizations working with Ukrainian youth in the world established in 1925 in Kyiv.

Congratulations on the occasion of the Crimean Tatar National Flag Day June 26, 2021 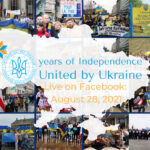 ІІ UWC Forum “United by Ukraine”: Those Who Do Not Live in Ukraine But Live by Ukraine
All Posts 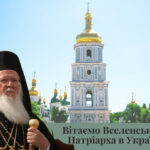