July 17, 2021 – For the past seven years the Russian Federation has harboured the criminals responsible for the killing of 298 innocent civilians on July 17, 2014, when Malaysia Airlines flight MH17 travelling from Amsterdam to Kuala Lumpur was shot down over Ukrainian territory by a Russian-controlled missile system.

The international Joint Investigation Team (JIT) tasked with determining the cause of the disaster, confirmed that culpability for this crime lies with the Russian Federation.  Official representatives from the Netherlands, Belgium, Australia, Ukraine, and Malaysia, concluded that MH17 was downed as a result of an exploding missile fired from a Russian-controlled BUK missile system positioned in a farm field near the settlement of Pervomaiske on territory under the control of occupying Russian military forces. The JIT also confirmed that the BUK missile system used in the attack was delivered to Ukraine from the Russian Federation and following the crash was returned to Russia, both conclusions being supported by both American and European data, and open source intelligence.

Despite these findings, Russia continues to deny its responsibility for this tragedy.  On July 30, 2015, Russia vetoed a draft resolution of the UN Security Council to establish an international tribunal to prosecute the perpetrators of the MH17 missile attack.

“We pay tribute to the innocent victims of MH17 who died because of Vladimir Putin’s imperial ambitions.  The truth has been uncovered but will justice be served?” stated UWC President Paul Grod.  “The top Russian political and military commanders who gave the order to shoot down MH17 must face criminal responsibility and the Russian Federation must be held accountable to pay reparations to the victims’ families. The Ukrainian World Congress and the global Ukrainian community stand in remembrance and solidarity with the families and friends of the victims of the MH17 disaster on the seventh anniversary of this act of terrorism as the quest for justice continues.  May the memory of the victims be eternal and such a tragedy never be repeated.” 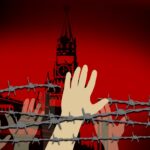 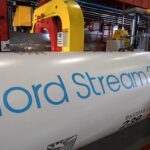