The UWC shares the concerns of civil society in Ukraine about the criminal prosecution of Serhiy Sternenko, whose accusation has sparked a strong wave of protests across the country. The UWC calls on all authorities to consider the appeal objectively and impartially.

On February 23, 2021, the Primorsky District Court of Odesa sentenced activist Serhiy Sternenko to 7 years and 3 months in prison and the confiscation of half of his property. On the day the verdict was announced, thousands of Ukrainians, outraged by the corruption of Ukrainian courts, took to the streets of their cities calling for justice.

Sternenko’s case served as a powerful trigger for Ukrainians, as it shed light on the deficiencies and corruption of the current law enforcement and judicial system in Ukraine.

Ineffective investigation and political pressure on the investigation is a direct violation of the Convention for the Protection of Human Rights and Fundamental Freedoms. Every citizen of Ukraine has the right to legal protection and a fair trial. Any investigations and trials must be conducted in full compliance with applicable law and not be guided by political decisions.

Ukraine will not be able to move forward without concrete steps and changes to restart the judiciary. Reforming the judiciary and law enforcement systems and restoring public confidence in them is a priority for the Ukrainian authorities. The political slowdown in judicial reform in Ukraine threatens Ukraine’s international image as a democratic, legal, European state and plays into the hands of our enemy, the Kremlin aggressor. 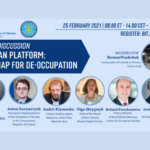 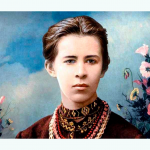