UWC supports the position of 13 EU Member State Foreign Ministers (expressed in their letter of January 6, 2021) that the European Union should facilitate vaccine access for Eastern Partnership countries, notably Ukraine.

UWC also welcomed the January 19 announcement by Commissioner Oliver Varhelyi that further options to provide vaccines early to partner countries will be explored.

“Ukraine’s challenges are further exacerbated by Russia’s ongoing military and economic war against Ukraine. To reduce risk and save lives, it is vital that Ukrainian doctors and the healthcare personnel on the front line be adequately protected against the virus. This would not only help to secure public health in a country that shares millions of people-to-people connections with the EU but would also send a positive message to Ukrainians regarding European solidarity”, stated UWS President Paul Grod. 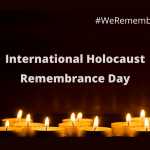 In memory of the victims of the Holocaust
All Posts 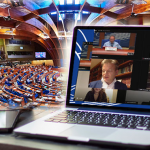