On December 10, 2020, the President of the Ukrainian World Congress, Paul Grod, and the Prime Minister of Ukraine, Denys Shmyhal, held a video conference and signed a Memorandum of Cooperation between the UWC and the Cabinet of Ministers of Ukraine.

Key topics of the meeting included building an international coalition of support for Ukraine and protection from Russian aggression, strengthening Ukraine through joint counteraction to the pandemic and economic crisis, returning Ukrainians to Ukraine, in particular by creating conditions at the legislative level and finalizing a bill on multiple citizenship.

The UWC and the Ukrainian government agreed to cooperate in the following areas: public diplomacy; humanitarian cooperation to combat the ongoing spread of COVID-19; development of Ukrainian education internationally; and the construction and development of key cultural projects and memorials of international and national significance, in particular, the National Museum of the Holodomor.

Among the many important issues outlined in the Memorandum, the parties will develop and maintain collaboration in the following areas:

“The importance of signing a Memorandum of Cooperation today is extremely high. The world and Ukraine are in turbulence caused by the global pandemic and aggression of the Russian Federation, and only a consolidated effort to support Ukraine will help meet today’s challenges,” stated UWC President, Paul Grod.

“Signing and further implementing the provisions of the Memorandum of Cooperation between the Cabinet of Ministers of Ukraine and the Ukrainian World Congress will facilitate interaction of the Ukrainian state with Ukrainians living abroad, protect the rights and interests of Ukrainians abroad, promote Ukraine in the world,” – mentioned Denys Shmyhal, Prime Minister of Ukraine. 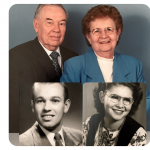 Carrying the flame of remembrance: Mys family story
All Posts 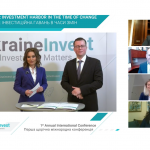