On Saturday, August 21, His Most Divine All Holiness, Ecumenical Patriarch Bartholomew starts his official visit to Ukraine to celebrate the 30th anniversary of the restoration of Ukrainian independence.

The Ukrainian World Congress welcomes the visit of the Patriarch, who played a key role in gaining the autocephaly of the Ukrainian Orthodoxy. The arrival of His All Holiness on the 30th anniversary of independence is a deeply symbolic act and a part of the global support of Ukraine. The previous visit of His All Holiness to Ukraine took place in 2008 on the occasion of the 1020th anniversary of the Baptism of Kyivan Rus.

The Ukrainian World Congress highly appreciates the decision of the Ecumenical Patriarch and of the Mother-Church of Constantinople to grant the Tomos of Autocephaly to the Orthodox Church of Ukraine in 2019, as well as His All Holiness’s efforts to unite Ukrainian Orthodox Christians.

For many years, the UWC was committed to contributing to this historic event and today works closely with the Orthodox Church of Ukraine to achieve its recognition by other Autocephalous Orthodox churches. 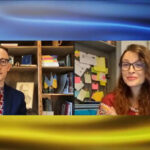 Meet the future: UWC celebrated accomplishments of the young Ukrainians in the run-up to 30th Independence Anniversary of Ukraine
All Posts 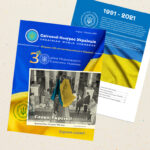 UWC Special Bulletin Dedicated to the 30th Anniversary of Independence