On behalf of the UWC, Paul Grod thanked Mr. Borrell and all Foreign Ministers for their continued support of Ukraine’s European aspirations. Considering the alarming situation in the east of Ukraine, particularly the massing of Russian forces at Ukraine’s border and permanent violations of the ceasefire agreement by Russian proxy forces at the Donbas, the UWC President has called the EU member states to take a decisive stand in demanding that Russia immediately withdraw its military from Ukraine.

He also called on the EU Leadership to enhance sanctions on Russia, including an immediate termination of the Nord Stream 2 pipeline project and censuring Russia for its military and political threats against Ukraine.

The appeal stresses that the EU must not fall prey to Russia’s manipulations seen in some European countries that call upon both Ukraine and Russia to show restraint in order to avoid a dangerous escalation of the conflict. This approach erroneously and dangerously puts the aggressor and the victim on an equal footing.  Ukraine is undeniably the victim and has been defending its territorial integrity for over seven years from Russia’s ongoing military aggression.

Congratulations to the AUP on a successful conference dedicated to their 30th anniversary October 13, 2021 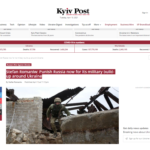 Stefan Romaniw: Punish Russia now for its military build-up around Ukraine
All Posts 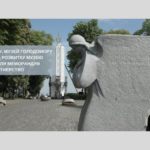