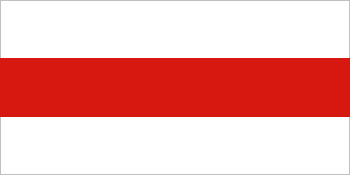 The Ukrainian World Congress (UWC) condemns the violence against the citizens of Belarus and appeals to the Belarusian authorities to respect the fundamental human rights and the will of its citizens.

Ukrainians worldwide stand with the people of Belarus as they courageously defend their right for democratic free and transparent elections.  “We are deeply troubled by reports of election fraud, suppression of civil society and independent journalism, repressions and violence against peaceful protesters,” stated UWC President Paul Grod.  “We call on the international community to stand with the people of Belarus who have clearly expressed their desire for change, just as the people of Ukraine did during the Revolution of Dignity in 2014.”

The Ukrainian World Congress joins the global voices in support of fundamental and inalienable human rights and freedoms in Belarus. We urge the international community to maintain an unequivocal position in support of the democratic aspirations of the Belarusian people. UWC calls upon the Belarusian authorities to publish the authentic election results and to end all violence and intimidation against peaceful protesters.