The Ukrainian World Congress (UWC) extends its sincerest greetings to Ukraine and the entire Ukrainian nation around the world on the occasion of Defenders of Ukraine Day and the Feast of the Intercession of the Blessed Virgin, one of the most popular Christian holidays in Ukraine.

Over the ages, the Blessed Virgin has been regarded as the patron saint of Ukrainian armed forces. By celebrating the Defenders of Ukraine Day on the Feast of the Intercession of the Blessed Virgin, we keep alive that glorious national tradition, which traces its roots back to the 12th century. October 14 also marks the Day of Ukrainian Cossacks and the anniversary of the founding of the Ukrainian Insurgent Army.

Today, this celebration holds special meaning for every Ukrainian. Since 2014, the Ukrainian nation has continued its struggle for independence and territorial integrity in the fight against the Russian aggressor, which has occupied the Crimean Peninsula and part of the Ukrainian Donbas. In seven years of hybrid warfare against the Armed Forces of the Russian Federation, more than 3.5 thousand Ukrainian soldiers have given their lives for Ukraine’s freedom.

“The global Ukrainian diaspora, united by the Ukrainian World Congress, joins Ukraine in honouring Defenders of Ukraine Day,” stated UWC President Paul Grod. “We bow our heads in honour of all the brave sons and daughters of Ukraine who have given their lives for our ancestral homeland and continue to fight for peace for our future generations.” 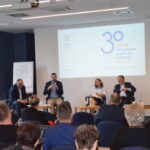