The Ukrainian World Congress (UWC) joins the people of Ukraine in commemorating the Day of the Defender of Ukraine and in celebrating the great Christian holiday of the Intercession of the Blessed Virgin.

October 14 has a special meaning for every Ukrainian because on this day we honour the heroism of the defenders of independence and territorial integrity of Ukraine, who bravely stand against Russian aggression since 2014. We pay tribute to the courage of the many brave men and women who fought for Ukrainian independence for decades.

“Global Ukrainian diaspora united by the Ukrainian World Congress, joins our brothers and sisters in Ukraine in honouring the Day of the Defender of Ukraine and the Feast of the Intercession of the Blessed Virgin,” said UWC President Paul Grod. “We bow our heads in honour of all the defenders of Ukraine who gave their lives for our native land and continue to fight for peace for our future generations.” 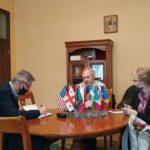 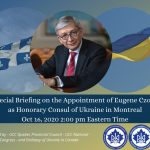