At an extraordinary meeting on July 10, 2021, the UWC Board of Directors voted to suspend the membership of all UWC organizations from the Russian Federation (RF), including the Prosvita Far East Ukrainian Spiritual Cultural and Educational Centre in Vladivostok and the Povolzhia Fellowship of Ukrainians in Saratov.

This vote came at the request of the UWC member organizations and Board members from Russia, who today face criminal liability for working with the UWC after Russian President Vladimir Putin signed Federal Law 230 on June 28th, 2021.

This law expands the scope of an earlier prohibition on Russian nationals from participating in the activities of organizations deemed ‘undesirable’ that was limited to the territory of the Russian Federation. The new legislation extends the prohibition beyond Russia.

For millions of ethnic Ukrainians who are citizens of the Russian Federation, the Kremlin’s actions violate their human and civil rights.

“Suspending our work with Ukrainian community organizations in Russia was a difficult but necessary decision. This is another example of Russia’s flagrant violation of human rights and continuing persecution of the Ukrainian ethnic minority, which is the largest in Russia. The UWC condemns the repressive legislation which aims to isolate and assimilate the Ukrainians in Russia” stated Paul Grod, UWC President. “Not only is the Russian leadership committing war crimes in Ukraine, they are responsible for the cultural genocide of Ukrainians in Russia. We call on the international community to condemn these actions by the Kremlin and to take concrete steps to protect democratic values and human rights.”

Through increased pressure and repressions, the Kremlin seeks to isolate the Ukrainians in Russian from the global Ukrainian Community and democratic world.

“In a repeat of Soviet times, Putin is closing his country to the outside world. He is forcing millions of Ukrainians living in Russia into isolation from the global community. In a repeat of Stalinist times, he is stoking the fires of hate against Ukrainians through state propaganda. This is a dangerous time to identify as Ukrainian in Russia, particularly after Putin made it clear he believes that Ukrainians and Russian are really ‘one people’,” Grod said.

Putin’s list of ‘undesirable’ organizations includes a wide range of Russian opposition civil society organizations, along with international, European and US Foundations, and think tanks who work towards strengthening and promoting democracy worldwide. UWC has been deemed ‘undesirable’ in Russia since 2019.

Despite this threat, UWC will continue to support and advocate internationally for Ukrainians living in Russia by raising global awareness about the human rights violations and cultural genocide they are suffering.

UWC thanks BCU Financial for long-term support
All Posts 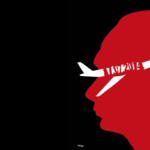