Russian authorities violated the civil rights of Ukrainian community leader Lidia Demay, Chair of the Committee on Culture and Youth of the Ukrainian Congress of Russia and Chair of the Yekaterinburg chapter of the Ukrainian Women’s Union of Russia. On March 9, 2021, Ms Demay was summoned to the Yekaterinburg office of the Russian Federal Migration Service. She was detained and interrogated for four hours by Immigration Service officials and the Russian Federal Security Service.  She was pressured psychologically and morally; the Russian officials also threatened her family members. Ms Demay was denied legal representation, among other violations of her civil rights.

“This is yet another terrifying act of intimidation targeting the Ukrainian ethnic minority in Russia.  Ukrainian community and religious leaders in Russia are continuously pressured, coerced, threatened with legal prosecution and in some cases deported.  Countless Ukrainian organizations, cultural groups and language schools have been liquidated by Russian authorities.  We must put an end to the ongoing political persecution of Ukrainian, Crimean Tatar and other ethnic minorities in Russia,” stated Paul Grod, UWC President.

In 2019, the UWC was declared “undesirable in the territory of the Russian Federation”, which poses a significant threat to any person or organization in Russia that cooperates or even communicates with the UWC and the global Ukrainian community.  The UWC  continues to advocate for the protection of human rights of ethnic Ukrainians, Crimea Tatars and other minority groups living in Russia and calls upon the international community to rebuke Russia for these ongoing violations. 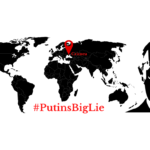 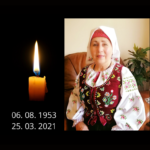 In memory of Yaroslava Halyk