On July 19, 2021, Artyom municipal court of the Primorsky Krai of the Russian Federation issued a ruling to liquidate the Prosvita Far East Ukrainian Spiritual Cultural and Educational Centre in Vladivostok, and on August 28, 2021 the respective ruling came into force. The court decision was adopted upon request from the Russian Federation Ministry of Justice’s Head Office in the Primorsky Krai.

The Ukrainian World Congress (UWC) strongly condemns this ruling. This is yet another example of the policy of systemic intimidation and persecution of the ethnic Ukrainian minority in Russia, aimed at eliminating the Ukrainian community and cultural life in Russia.

Previously, in late June 2021, Russian President Vladimir Putin enacted draconian laws that imposed criminal sanctions against Russian citizens for associating with “undesirable” organizations, including the UWC. In July 2021, the UWC constituent organizations in Russia, including the Prosvita Far East Ukrainian Spiritual Cultural and Educational Centre in Vladivostok, informed the UWC about their compelled decision to suspend their membership in the UWC. In a move to protect the Ukrainian ethnic minority from repressions, the UWC adopted a respective decision to suspend cooperation with Ukrainians in Russia and published it on July 10.

Russian authorities are systemically eliminating the very existence of the Ukrainian ethnic minority. In 2010 the Russian authorities liquidated the Federal National-Cultural Autonomy of Ukrainians of Russia. In 2012 they also banned the Organization of Ukrainians of Russia – the main coordination association of Ukrainians in Russia and a member of the UWC, and in 2020 they liquidated the Siryi Klyn regional Ukrainian organization in Omsk. In 2019, the Russian authorities have also included the UWC on the list of organizations deemed “undesirable” in Russia. The UWC will be raising the issue of the systemic discrimination and institutional threats against Ukrainian Russian citizens and the liquidation of their educational, cultural, religious institutions with all of its international partners.

“The liquidation of the Prosvita Far East Ukrainian Spiritual Cultural and Educational Centre in Vladivostok is another example of systemic persecutions and gross violations of human rights of the Ukrainian ethnic minority in the Russian Federation. The Ukrainian World Congress appeals to the international community to condemn the Kremlin’s actions and to protect the values of democracy and human rights,” said Paul Grod, UWC President. 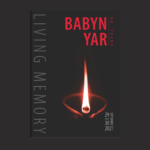 Babyn Yar: we remember
All Posts 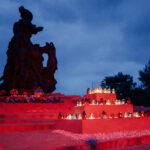