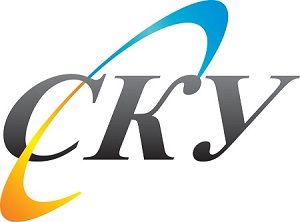 On August 5, 2020, Omsk regional court registered the request of the department of the Ministry of Justice of Russian Federation (RF) to liquidate the regional organization “Siberian Centre of Ukrainian Culture “Siryi Klyn”. The Court hearing of the administrative claim is scheduled for 28 August 2020. The Ukrainian World Congress (UWC) resolutely condemns the repressive actions of Russian authorities targeting the Ukrainian community and urges the global community to stand in defence of the rights of Ukrainians in Russia.

Since it was founded in 1992, “Siryi Klyn” brings together a diverse Ukrainian community, works to preserve and develop the culture, language and customs of the Ukrainian people. It fosters Ukrainian cultural and linguistic heritage for future generations. “Siryi Klyn” is a member of the Ukrainian World Congress since 2012. Serhii Vynnyk, UWC Regional Vice-President in Russian Federation, Central and Western Asia, headed “Siryi Klyn” from 2001 until 2018.

Russia is home to one of the largest Ukrainian diasporas globally. For many years, Ukrainians in the RF have suffered from violations of human and national rights, and from oppression by Russian state authorities. Threats, searches in the offices and homes, confiscation of documents, trumped-up criminal cases, interrogations, detentions and travel bans are only a part of such oppressions. Disinformation is spread against leaders of the Ukrainian communities in Russia, their reputation is smeared in state-controlled media. Ukrainians are forced to escape from the RF and send family members abroad due to threats and possible repressions.

The attempt to exterminate “Siryi Klyn” is yet another example of pressure on the Ukrainian community organizations and their representatives. Ukrainian World Congress consistently advocates in defence of the Ukrainian community in Russia, turning the attention of the international community to blatant violations of human rights. UWC condemns the repressive actions of the Russian authorities to liquidate “Siryi Klyn”. UWC urges international partners to increase pressure on Russia to ensure it adheres to generally accepted democratic norms and international law.

“Russian government machine of repression attempts to intimidate the Ukrainian community, disperse and isolate it from the global Ukrainian community and the democratic world,” – stated Paul Grod, UWC President. “Political persecutions are ongoing, and it is dangerous to be a Ukrainian in modern-day Russia. Ukrainians worldwide can not stand aside, and we will continue to defend our community, our national identity”. 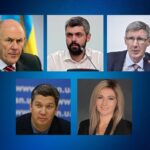