In 2014, the Russian Federation had its voting rights suspended, among other sanctions, for its military invasion of Ukraine, illegal annexation of Crimea and ongoing war in eastern Ukraine.  The suspension of Russia from the Council of Europe created a considerable budgetary challenge for the European institution as Russia is one of its five largest financial contributors.

Furthermore, the Russian Federation continues its human rights violations both within Russia and around the world.  These include the poisoning and assassination of political opponents as well as repressions against the ethnic Ukrainian minority and civil society leaders within Russia.

“The Ukrainian World Congress resolutely condemns this ratification of the Russian delegation’s credentials at PACE.  The underlining violations which led to the expulsion in 2014 continue to this day.  Europe’s democracies have granted the Kremlin impunity to continue invading neighbouring countries and violating human rights and international laws.” – stated UWC President Paul Grod. “We call on all PACE delegations to remain committed to the resolutions of the Assembly and to censure the Russian Federation for their continuing violations of the territorial integrity of Ukraine and the fundamental human rights of its people, including Ukrainians in Russia who suffer considerable repressions.” 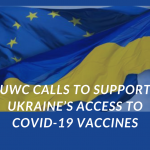 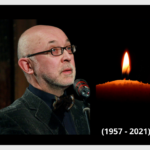 In Memory of Sergii Proskurnia