The Joint Declaration of the International Crimea Platform declares the Russian Federation an occupying power, condemns illegal and aggressive actions of Russia in Crimea, reaffirms the participant’s readiness to adhere to the policy of non-recognition of the annexation of the peninsula and the city of Sevastopol, as well as non-recognition of any attempts by Russia to legalize their temporary occupation.

The signatories commit to additional sanctions against Russia in case of further aggression, and to enhance security and stability in the Black Sea region.

UWC continues to lead global advocacy campaigns and calls for increased international pressure on Russia to restore the territorial integrity of Ukraine’s internationally recognized borders, to stop serious human rights violations in Crimea, the occupied Donbas region, and within Russia, and demand the release of Ukraine’s political prisoners.

The UWC expresses its support for the Crimea Platform and today’s Declaration. “We congratulate the Government of Ukraine on this very important initiative and including the Ukrainian World Congress as a partner and participant in the Crimean Platform,” stated UWC President Paul Grod.  “We were pleased to see the Euroatlantic community committed to the policy of non-recognition of Russia’s annexation of Ukraine’s Crimea.  UWC will continue to encourage the international community to support the Crimean Platform.” 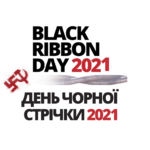 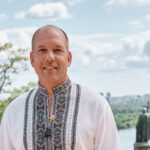