Ukrainian World Congress (UWC) delegation led by President Paul Grod participated in a series of ceremonial events in Kyiv to honour the 30th anniversary of the restoration of Ukraine’s independence.

Events began on August 22 with a solemn prayer service in St. Sophia’s Cathedral in Kyiv, presided over by His Beatitude Epiphanius, Metropolitan of Kyiv and All Ukraine, and His Most Divine All Holiness Ecumenical Patriarch Bartholomew. His All Holiness arrived to Kyiv on the occasion of Ukraine’s independence anniversary. UWC delegation also attended the official reception in honour of the visit of the Patriarch. UWC President expressed gratitude to His All Holiness for the granting of Tomos of autocephaly to the Orthodox Church of Ukraine in 2019 as well as for His All Holiness’ efforts to unite Ukrainian Orthodox Christians.

On August 23, the UWC delegation joined high profile delegations from 44 states at the inaugural summit of the Crimea Platform. UWC President Paul Grod was present at the signing of the historic Crimea Platform Declaration, launching new international format for the de-occupation of Crimea. UWC President spoke at the high-level panel discussion on reintegration, presented the UWC position and proposals for a roadmap to de-occupation of Crimea.

On August 24, the UWC leadership delegation attended the ceremonial military parade on Independence Square and participated in the solemn Independence Day session of the Verkhovna Rada of Ukraine. Afterwards, delegation members joined the Presidential reception at the Mariinsky Palace, as well as other celebratory events. 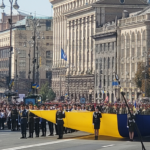 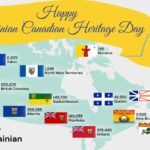