UWC leadership met with Ambassador of Ukraine to the USA Ms. Oksana Markarova

UWC leadership met with Ambassador of Ukraine to the USA Ms. Oksana Markarova

In a candid discussion, the parties raised a number of important issues:

The Ambassador also thanked the UWC and all Ukrainians abroad for their support and active work in the interests of Ukraine. “In my new position, I plan to be a very open ambassador and will do everything possible to ensure proactive and better communication. I also plan to actively engage with the Ukrainian community,” stated Ms. Markarova. According to Ambassador Markarova, strengthening of political, security, economic and humanitarian cooperation with the US will be her priorities in Washington, DC.

“As the representative organization of 1.5 million Ukrainian Americans, we look forward to a constructive working relationship which will benefit our community and increase the Strategic Partnership between the United States and Ukraine. We welcome you and pledge our support,” stated Andrew Futey, President of the Ukrainian Congress Committee of America.

Paul Grod, president of the Ukrainian World Congress, greeted Ambassador Markarova on her diplomatic posting and wished her success in implementing her stated priorities. “The UWC and all Ukrainian-American organizations stand ready to collaborate. Your success is our success,” stated Paul Grod. 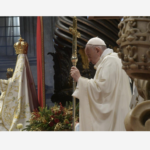