On June 17, UWC President Paul Grod will speak at the US-UA Working Group Yearly Summit  IX: Providing Ukraine with an Annual Report Card, which is scheduled to be webcast on June 16-17, 2021.

Speakers will include prominent experts and thought leaders from Ukraine, US, Canada and the EU. The list includes: 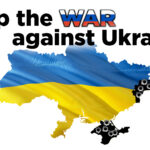 Paul Grod: NATO must stand with Ukraine against Russian aggression
All Posts 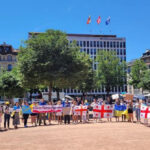