The Ukrainian World Congress (UWC) supports the decision of the Ministry of Culture of Ukraine to establish an expert group under the auspices of the Ukrainian Institute of National Memory that will analyze the existing studies of the number of the Holodomor victims. The work of the expert group will involve independent and reputable Ukrainian and foreign scholars.

The horrific tragedy of the Holodomor genocide has left deep scars in souls and in hearts of millions of Ukrainians all over the world. The current public struggle over the number of victims of this Stalinist totalitarian regime’s crime contributes neither to a proper preservation of the memory of the Holodomor victims, nor to the global recognition of the Holodomor as a genocide.

The UWC respects and welcomes the freedom of academic discussion and urges the avoid any political influence over the process of academic research and study of the Holodomor. The tragic moments of our history must be studied by professionals, involving a wide range of Ukrainian and international experts. We hope that further academic research and judicial expertise will eventually help to officially establish the number of victims of this terrible tragedy.

In its turn, the UWC, together with its constituent organizations, continues to advocate for a global recognition of the Holodomor as a genocide of the Ukrainian people, regardless of the number of the victims of this tragedy. Every human life is precious.

UWC Addresses the Chairman of the Verkhovna Rada of Ukraine Regarding the Norms of the Law on Films and Events in Ukrainian June 14, 2021 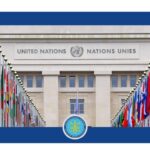 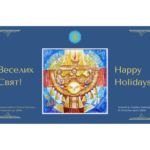