November 22, 2021 – Strasbourg. The Registry of the European Court of Human Rights (ECHR) has accepted for consideration the application of the Ukrainian World Congress (UWC) on violations by the Russian Federation (RF) of the Convention for the Protection of Human Rights and Fundamental Freedoms.

These violations result from the decision on July 11, 2019, by the Office of the Prosecutor General of the RF declaring the activities of the UWC as undesirable on the territory of the RF.

The UWC challenged this decision in all judicial instances available to it in the RF; however, its claims were denied.

On August 26, 2021, the UWC sent an application to the ECHR with the following complaints:

“The decision of the Registry of the ECHR is a positive development, and we are confident that the European Court of Human Rights will decide in UWC’s favor that the July 11, 2019, decision by the Office of the Prosecutor General of the RF was illegal and violated the rights of the UWC under the Convention for the Protection of Human Rights and Fundamental Freedoms,” stated Eugene Czolij, Chair of the Committee on the Protection of Rights of the Ukrainian World Congress and its Network.

“Russia must be held accountable for their countless and gross human rights violations against its very large ethnic Ukrainian community.  This is ethnocide against the Ukrainian people in Russia and the occupied territories of Donbas and Crimea,” stated UWC President Paul Grod.  “Russia has shuttered almost all Ukrainian organizations, schools, cultural centers, and continues to engage in the persecution of Ukrainian community leaders.” 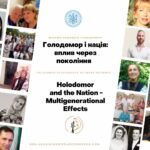 How did the Holodomor affect the Ukrainian nation? Webinar from the Global Holodomor Descendants’ Network
All Posts 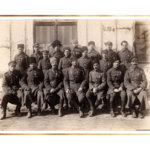