From October 9-10 in Warsaw, the Association of Ukrainians in Poland (AUP) held a conference entitled “30 years of AUP – Successes, Problems, Challenges.” This event summarized the activities of the Association of Ukrainians in Poland for the past three decades and determined the directions of work for the coming years. More than 100 active members of the organization from different regions of the country joined the event.

The organizers of the conference thanked the leaders of the AUP at all levels and discussed the needs of the organization for its continued existence and successful development.

On behalf of the Ukrainian World Congress, UWC Regional Vice President for Central and Eastern Europe, Vira Konyk, addressed the Ukrainians of Poland with an opening speech.

“With the establishment of the Association of Ukrainians in Poland in 1990, the voice of the Ukrainian community became stronger and was heard at the state level, and Ukrainians received a structure that protects their interests in preserving their identity,” said Vira Konyk. 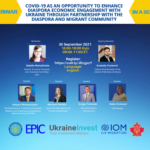 Takeaways from the 3rd DiasporaAid webinar
All Posts 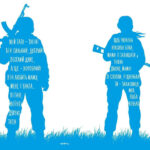