On the eve of the Day of Resistance to the Russian Occupation of the Autonomous Republic of Crimea and the City of Sevastopol, the Ukrainian World Congress and the Mission of Ukraine to the EU co-organized a virtual panel discussion entitled, “Crimean Platform: Roadmap for De-Occupation.” The discussion was moderated by Roman Waschuk, UWC Foreign Policy Council Chair and former Ambassador of Canada to Ukraine (2014-2019).

Paul Grod, Ukrainian World Congress President, opened the meeting by stating that under Russian occupation, Crimea has become a police state and a “black hole” for human rights, making it very difficult to monitor abuses and violations. The situation in Crimea has consequences far beyond its borders, as the tactics employed in Crimea are also used in Russia, including against the Ukrainian community. Paul Grod welcomed the creation of Crimean platform and underlined the important role of civil society in this initiative.

According to the Deputy Permanent Representative of the President of Ukraine in Crimea, Tamila Tasheva, the Crimean platform will ensure systematic work on policy development regarding Crimea. Ukraine is also working on a strategic document on the de–occupation of Crimea, which will be presented to Ukrainian citizens in the near future.

Andrius Kubilius, Member of the European Parliament, expressed the opinion that the occupation of Crimea has pushed Ukraine towards western integration. Ukraine has inspired the peoples of Belarus and Russia to demand change. As a result of all these events, the mood inside the EU is also changing, which we hope will accelerate Ukraine’s integration into the EU.

Roland Freudenstein, Director of Political Affairs at the Martens Center for Analysis in Brussels, emphasized the role of a viable democracy in the EU, a stable democracy in Ukraine and the Eastern Partnership, and changes in Russia to enable steps towards the de–occupation of Crimea.

Summing up the discussion, Andrii Klymenko, an expert on Crimea and Editor-in-Chief of Black Sea News, called on international colleagues to find mechanisms to force Russia to leave Crimea and Donbas. In particular, a detailed and specific policy of non-recognition and a new sanctions package is needed. 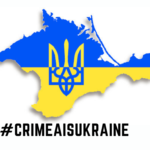 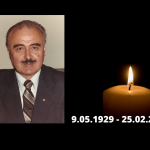