Ukraine declared February 26 the Day of Resistance to the Occupation of the Autonomous Republic of Crimea and the City of Sevastopol. On this day six years ago the largest rally in support of the territorial integrity and unity of Ukraine was held in Sevastopol bravely defending the fact that Crimea is Ukraine. Many of the participants later became the subjects of political repressions by the occupying authorities of the aggressor state.

From the first days of the occupation of the Ukrainian peninsula the Ukrainian World Congress has consistently called to increase international pressure on Russia to restore the territorial integrity of Ukraine within its internationally recognized borders and, together with the Crimean Tatar people, continues to draw the attention of the international community to human rights violations in occupied Crimea and demand the release of political prisoners.

“The commemoration of the Day of Resistance to the Occupation of the Autonomous Republic of Crimea on a state level reminds the world once again of Russia’s responsibility for the illegal occupation of Crimea and the political repressions that it continues to inflict on the residents of the occupied peninsula. The Ukrainian World Congress recognizes the courage of all participants of the historic rally and, together with the Ukrainian people, resolutely proclaims: Crimea is Ukraine. There can be no compromise with the aggressor prior to the de-occupation of Crimea and Donbas,” stated UWC President Paul Grod. 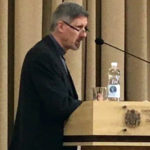 Building Ukrainian Communities Around the World Together: UWC partners in organizing the UGCC Patriarchal Council (Sobor)
All Posts 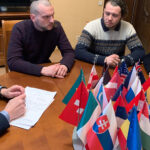