International observers monitored compliance with election procedures stipulated by the Law, namely: polling station operation procedures, the mechanism of informing voters, the voting process, the counting of votes as well as a number of other aspects of the electoral process. International observers also paid attention to compliance with voting safety procedures introduced in response to COVID-19 pandemic as well as the accessibility of polling stations for people with disabilities.

“We consider the interference of other states, particularly, Hungary, in the electoral process of Ukraine to be unacceptable. We also hope that the voting rights of citizens of 18 territorial communities in eastern Ukraine who were unable to participate in the October 25 elections will be restored,” said Borys Wrzesnewskyj, Head of UWC International Election Observation Mission. “According to preliminary results to date, the voting has taken place with minor, unsystematic violations that will not affect the final results of the vote.”

A press conference by UWC and UCCA international election observation missions will take place on October 28, 2020, at 3:00 pm Kyiv time. The live broadcast will be available on the Ukrainian World Congress Facebook page. 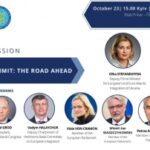 Ukrainian World Congress and Mission of Ukraine to the EU Panel Discussion: Following the Ukraine-EU Summit
All Posts 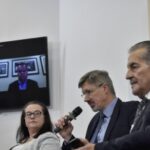