7 years ago, on this day,  the people of Ukraine stood up in defence of their will to live freely in a democracy that respects the choice of the people. This day, which began a spiral of events leading to the Revolution of Dignity with tragic consequences, is now marked as the Day of Dignity and Freedom.

On November 21, 2013, precipitated by the refusal of the Yanukovych regime to sign the EU-Ukraine Association Agreement, the peaceful protest was answered by authorities with violence spurring the country to rise up in mass demonstrations.

Global Ukrainian communities did not stay aside. Ukrainians staged rallies in support of the Revolution of Dignity and Freedom, Euromaidans in European capitals, in the cities of Canada, the United States, Australia, Asia, and Oceania. They shared the truth about the Yanukovych regime, and UWC leaders became the voices of the free Ukrainian people.

The fight for freedom that began 7 years ago today continues as the hybrid war of the Russian Federation against Ukraine persistently claims the lives of brave soldiers and innocent civilians alike, and a rampant disinformation campaign aims to discredit Ukraine and its people. 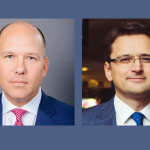 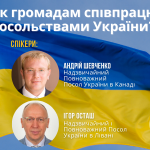 How can communities cooperate with the Embassies of Ukraine? Results of the Online Workshop