UWC announces “30 under 30” initiative for young people in the diaspora, dedicated to the 30th anniversary of Ukrainian independence

UWC announces “30 under 30” initiative for young people in the diaspora, dedicated to the 30th anniversary of Ukrainian independence

The Ukrainian World Congress announced its “30 under 30. Generation Independence” initiative this week, to recognize global community leaders born after Ukraine declared Independence in 1991. The names of top 30 emerging leaders, who are shaping the present and future of Ukrainian communities around the world will be announced on August 19, 2021.

Nomination is open to Diaspora Ukrainian youth who were born after August 24, 1991, who have permanently resided outside Ukraine for at least two years, and who are active in their local communities.

Nominees will be considered for their initiative, creativity, teamwork, and leadership skills, volunteering in the Ukrainian community, as well as achievements in their country of residence. Over the coming few months, the nominating committee, comprised of the veteran community and opinion leaders and chaired by UWC President Paul Grod, will review the submissions from around the globe.

“30 under 30” recognizes proactive young diaspora Ukrainians around the world. After three decades of Independence, those born after its declaration are emerging as community leaders around the globe. We want to recognize and introduce them to the global community, show the importance of their work today and in future international initiatives and projects’ said Paul Grod, UWC President.

Ukrainian Youth Association. One of the largest organizations working with Ukrainian youth in the world established in 1925 in Kyiv. 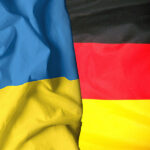 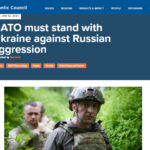