The Ukrainian World Congress (UWC) welcomes the adoption by the Verkhovna Rada of Ukraine on December 17, 2019, of the Law “On state recognition and support of Plast National Scouting Organization of Ukraine” incorporating the amendments as proposed by the President of Ukraine.

Plast is one of the oldest and largest Ukrainian youth organizations that has united Ukrainian youth for over 100 years on the foundation of high spiritual and national values in accordance with the principle “Serving God and Ukraine.” Plast is an integral part of the international Ukrainian Plast network that educates Ukrainian youth in the spirit of patriotism and furthers the preservation of national identity, specifically the Ukrainian language, history, culture and traditions, and also strengthens and protects the independent Ukrainian state, particularly in these challenging times.

“The national recognition of Plast in Ukraine is an important step in the development of the scouting movement in Ukraine and beyond its borders, and in strengthening the ties among Plast youth in Ukraine and the diaspora,” stated UWC President Paul Grod. “UWC is proud to have contributed to furthering the bill on the recognition and support of Plast with the President and Verkhovna Rada of Ukraine.” 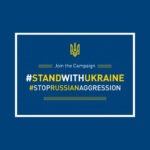 The Road to Peace in Ukraine: after the “Normandy” summit
All Posts
Ukrainian World Congress extends sincere Christmas greetings