October 18, 2020, over 170 participants from UWC member organizations in 32 countries gathered online for the Ukrainian World Congress (UWC) Annual General Meeting to review the past year’s work and develop an action plan for the year 2021.

The AGM opened with Ukraine’s national anthem performed by Viter Ukrainian Folk Choir (Edmonton, Alberta, Canada). Then the meeting participants joined in prayer and held a minute of silence in memory of the fallen defenders of Ukraine. His Beatitude Sviatoslav, Head of the Ukrainian Greek Catholic Church and Metropolitan Epiphanius, Head of the Orthodox Church of Ukraine, blessed all the participants and their future wise decisions.

Guests of honour included Ambassadors and members of the diplomatic community, representatives of international organizations, and businesses. President of Ukraine, Chairman of the Verkhovna Rada of Ukraine, the Permanent Representative of Ukraine to the UN welcomed the opening of the UWC Annual meetings and congratulated the Ukrainian World Congress on its achievements.

“Global Ukrainian community is the epicentre that promotes the development of a global network of friends of Ukraine and forms a coalition to support the course of reforms and European integration of Ukraine,” said Prime Minister Denys Shmygal in his video on the occasion of the UWC annual meeting.

“Consolidated and organized by the Ukrainian World Congress, Ukrainian global community is a strong army of public diplomacy,” stated Minister of Foreign Affairs of Ukraine Dmytro Kuleba in his welcome remarks to the participants of the UWC Annual General Meeting.

One of the highlights of the UWC annual meeting was awarding Anna Kisil UWC Second Vice-President, Head of WFUWO, with the recognition from the President of Ukraine Cross of Ivan Mazepa. Andriy Shevchenko, Ukraine’s Ambassador to Canada, presented the award in the virtual ceremony.

“By serving our global Ukrainian community, we are strengthening it and gaining even more supporters of Ukraine. We will continue to strengthen the international coalition of support for Ukraine’s territorial integrity, as well as support reforms in Ukraine and foster prosperous Ukrainian communities around the world,” stated UWC President Paul Grod. “I am inviting you to join the next year’s forum “United by Ukraine” planned for 25-26 August 2021 celebrating the 30th anniversary of the renewal of Ukraine’s independence”

Read the collection of Reports (in Ukrainian) 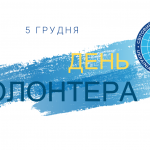 International Volunteers Day: We thank all of our amazing volunteers!
All Posts 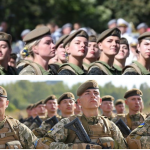 Congratulations to the fearless defenders of Ukraine on Armed Forces Day!