Eugene Czolij signed the agreement to take on responsibilities of Honorary Consul on October 16, 2020. From now on, for the first time in history, Ukraine will have its diplomatic presence in the province of Quebec, which is within the Consular district of the newly appointed Honorary Consul.

“It will be both an honour and duty for me to fulfil the obligations of Honorary Consul by promoting the interests of Ukraine in Canada and furthering the development of commercial, economic, cultural and scientific relations between the two countries,” stated Eugene Czolij, Honorary Consul of Ukraine in Montreal.

“The UkrainianWorld Congress congratulates its former President, Eugene Czolij, on his appointment as Honorary Consul of Ukraine in Montreal and wishes him success in this important position,” said UWC President Paul Grod.”This appointment is a proper recognition of his great work in support of Ukraine.” 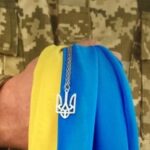 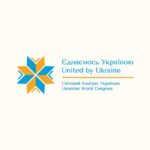