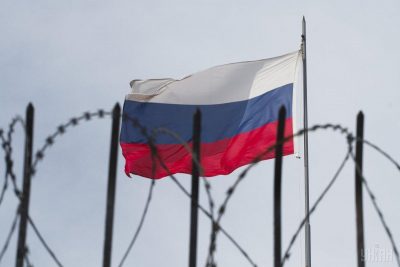 On July 11, 2019, the Office of the Prosecutor General of the RF decided to “declare as undesirable on the territory of the Russian Federation the activities of the international non-governmental organization Ukrainian World Congress.”

On July 17, 2019, the Ministry of Justice of the RF included the UWC in its list of foreign international non-governmental organizations whose activities are considered “undesirable on the territory of the Russian Federation”.

On July 18, 2019, the European Parliament adopted a resolution protesting the decision issued by Russia’s Prosecutor General declaring the UWC a threat to RF’s national security.

On October 5, 2019, the UWC Board of Directors established the Committee on the Protection of Rights of the UWC and its Network, chaired by former UWC President and lawyer Eugene Czolij.

To represent its interests before the courts in the RF, the UWC mandated the UWC’s Regional Vice President and lawyer Sergii Vynnyk from Omsk, RF, and Mykola Polozov, a lawyer based in Moscow, RF.

The UWC is primarily arguing before the RF courts that in its work, the UWC has defended the territorial integrity of Ukraine and the human rights of Ukrainians, called on the international community to support such defence, and condemned the actions of the governing authorities of the RF that violated its international obligations in this regard. In addition, the UWC emphasizes that all UWC activities were completely peaceful and lawful.

The UWC also argues that the Office of the Prosecutor General and the Ministry of Justice of the RF have violated the laws of the RF and international public law by declaring the UWC activities “undesirable on the territory of the Russian Federation” without any legal basis.

On October 9, 2019, the UWC filed a claim against the Office of the Prosecutor General and the Ministry of Justice of the RF in the Tver District Court of Moscow.

On March 11, 2020, the Tver District Court of Moscow dismissed the UWC’s claim.

On April 15, 2020, the UWC appealed the Tver District Court of Moscow’s decision before the Moscow City Court.

On July 22, 2020, a panel of three judges from the Moscow City Court reviewed the UWC’s appeal and upheld the decision of the Tver District Court of Moscow, basing its decision mainly on the following activities of the UWC between 2013 to 2018:

– Promoting anti-Russian political initiatives for the return of Crimea to Ukraine, strengthening sanctions against Russia, campaigning to review the “common history of Russia and Ukraine” and undermining the canonical Orthodoxy in Ukraine;

– Carrying out by the UWC President at the time (Eugene Czolij) of 147 international trips to 51 countries during which about 1,500 bilateral meetings were held where he stated that the main activity of the UWC was the defence of the territorial integrity of Ukraine from Russian aggression and called for the adoption of effective measures with respect to the occupation of Crimea and parts of Eastern Ukraine, including military assistance, as well as strengthening of sanctions against the RF and the suspension of the construction of the Nord Stream 2 pipeline;

– Raising the issues of Russian aggression, occupation of Crimea, Nord Stream 2 and the need to impose sanctions against Russia during events of the Parliamentary Assembly of the Council of Europe, World Economic Forum in Davos, European Commission, United Nations and other international forums in 2018;

– Initiating a global action “Red card for Putin” during the 2018 FIFA World Cup, which was aimed at putting pressure on Russian governing authorities.

In its decision, the Moscow City Court referred to a letter from the Federal Security Service of Russia, which states that “the activities of the Ukrainian World Congress have a destructive character and threaten the foundations of the constitutional order and security of the Russian Federation”.

On September 21, 2020, the UWC filed a cassation appeal with the Second Cassation Court of General Jurisdiction of the RF against the judicial decisions of the Moscow City Court and the Tver District Court of Moscow.

The UWC is grateful to the representatives of the Embassy of Ukraine, U.S.A. and Canada for monitoring the court proceedings in Russia.
Today one of the world’s largest Ukrainian communities resides in the RF. This community suffers from human and minority’s rights abuses and is oppressed and intimidated by the RF’s governing authorities. This has included the intimidation and the liquidation of Ukrainian NGOs in the RF. Such a repressive state policy is aimed at forcibly assimilating the Ukrainian minority in the RF.

“The UWC will continue to challenge before the courts the illegal qualification by the Office of the Prosecutor General and the Ministry of Justice of the Russian Federation of the activities of the UWC as “undesirable on the territory of the Russian Federation”. All the activities of the UWC, including the defence of Ukraine’s territorial integrity and the human rights of Ukrainians, were and continue to be completely peaceful and lawful” – stated the Chair of the Committee on the Protection of Rights of the UWC and its Network Eugene Czolij.