The discussion focused on the Crimean Platform initiative – an international negotiation format for the de-occupation of Crimea through diplomatic and political means. This initiative will consolidate the efforts of government officials, politicians, experts, and civil society internationally, and will become an efficient strategic mechanism for freeing the peninsula from Russian occupation.

The First Deputy Minister thanked the UWC and Ukrainian communities globally for their continued support of Ukraine and for advocating for Ukrainian interests. Ukrainian communities worldwide, united by the UWC, are a powerful resource to support and strengthen the Crimean Platform initiative on an intergovernmental, interparliamentary, and expert level. 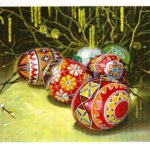