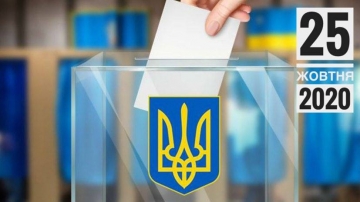 On Sunday, October 25th, Ukrainians will vote for local council officials from the oblast down to the village levels. More than 25,000 officials will be elected under a new electoral law. These elections are significant because the role of local officials has been expanded by recent governmental decentralization reforms. The Ukrainian World Congress (UWC) and the Ukrainian Congress Committee of America (UCCA) are seeking volunteers to serve as international election observers. Given the worldwide pandemic and various travel restrictions, the Election Observation Mission (EOM) will rely primarily on expats already residing in Ukraine.

The joint UWC-UCCA EOM is made up of volunteers committed to Ukraine’s democratic progress and who will cover their own expenses related to their participation in the mission.

The EOM’s goal is to support an open and transparent electoral process in Ukraine. UWC and UCCA support Ukraine’s commitment to OSCE standards for free and fair elections that accurately reflect the will of the electorate, and do not support any candidate, political party or bloc. UWC & UCCA expect to release their findings at a virtual press conference following the elections.

“These elections are unlike any other in Ukraine’s history, not only because of the challenges posed by the pandemic but because local governments now have a greater say in their local affairs, which is a long overdue and welcome departure from the legacy of the highly-centralized, Soviet past. – stated Paul Grod, UWC President. – UWC remains committed to supporting transparency and fairness of electoral processes, even during these challenging times.”

“Safeguarding fair and transparent elections in Ukraine not only secures the democratic future of Ukraine and her people; Ukraine is on the frontline of a continental struggle for democratic values and human rights.” – stated Borys Wrzesnewskyj, Head of UWC Election Observation Mission.

To volunteer for the UWC-UCCA EOM please contact [email protected]

Note: The UWC & UCCA EOM will coordinate in-country travel, lodging, translators and guides (if necessary) and provide official Central Election Commission (CEC) international observer accreditation. EOM volunteers will be responsible for all costs associated with their participation in the Mission. Prior to elections, the EOM will hold a mandatory virtual training for its observers that will include instruction on how to operate UCCA’s unique on-line election app, hostile environment awareness training, a review of the new election law, COVID-related safety protocols and election observation best practices. 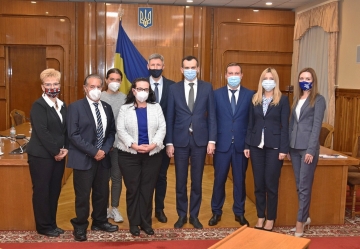 Officials of the Election Observation Mission of the Ukrainian World Congress (UWC) and the Ukrainian Congress Committee of America (UCCA) held a working meeting with the Chairman and members of the Central Election Commission (CEC) last week.

The Ukrainian World Congress (UWC) and the Ukrainian Congress Committee of America (UCCA) have jointly established the international observation mission at the next local elections in Ukraine to reinforce the democracy and transparency of the elections process.

During that meeting the Co-chair of the International Election Observation Mission (EOM), Borys Wrzesnewskyj thanked the members of the CEC for official accreditation of the observers of the UWC and UCCA and outlined the major tasks for the EOM at the local elections in Ukraine scheduled for October 25, 2020.

“The holding of successful democratic elections based upon new legislation and in the challenging conditions of Russian military occupations and ongoing aggressions is another difficult stage in Ukraine’s formation; we believe that these elections will live up to international standards and will serve as further proof that Ukraine is a fully-fledged member of the democratic European family of nations, ” – stated Borys Wrzesnewskyj, Co-Chair of the International Election Observation Mission.

A substantial part of the meeting was dedicated to the discussion of cooperation in the analysis and implementation of the new election legislation, given that the elections will be held for the first time under the new law – the Electoral Code adopted by the Verkhovna Rada of Ukraine.

Meeting participants also discussed critical issues in the organization of the electoral process, namely, conducting elections in the face of military aggression, large numbers of internally displaced persons and amid COVID-19 pandemic. 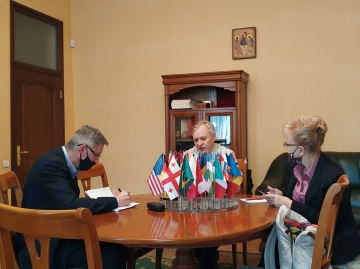 Following official accreditation, the international election observation missions of the Ukrainian World Congress (UWC) and the Ukrainian Congress Committee of America (UCCA) continue their work. They held an official meeting with the leadership of the Central Electoral Commission of Ukraine, where they discussed a wide range of tasks and challenges of the election process implementation at 2020 local elections.

We thank the experts and representatives of the leading NGOs for the opportunity to effectively cooperate in support of fair and democratic 2020 local elections.