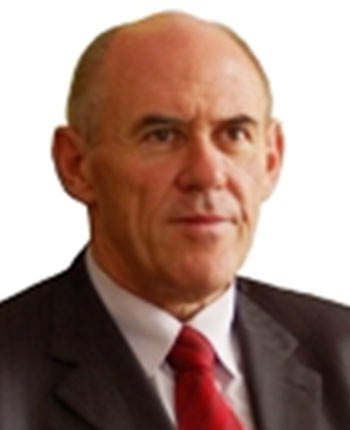 Mr. Stefan Romaniw OAM currently holds the position of Executive Director of Community Languages Australia. He has served terms as Chairperson of the Victorian Multicultural Commission under both Governments in Victoria.  He has a teaching qualification and, prior to moving into senior government positions and senior management, worked in a range of school settings.  He has also served as Chairman of the Victorian Government’s Australia Day Committee (Victoria).

He is the First Vice President of the Ukrainian World Congress (UWC) and Co-Chair of the Australian Federation of Ukrainian Organisations. (AFUO).

Currently, he serves as Chairman or serves in a leadership role on a number of committees and organizations within broader Australian and Ukrainian communities:

He has a successful career in brand building, change management, community building and strengthening, networking, and strategic planning. He has also been a strong proponent of using spheres of influence as a strategy for building and influencing relations.

He has a wide network including all levels of government, education, media, sports, the arts and NGOs.

He was principal of the Ukrainian Community School North Melbourne for 17 years.

In 2013, Stefan was inducted into the St. Bernard’s College Hall of Fame.

He travels extensively internationally and nationally promoting his areas of expertise and has participated in delegations to China, Germany, US, Canada, Hungary, Greece, Great Britain and Ukraine.

He has been married to Anastasia for 42 years, has two adult children, Peter and Theresa, and 5 grandchildren.

He is a member of: