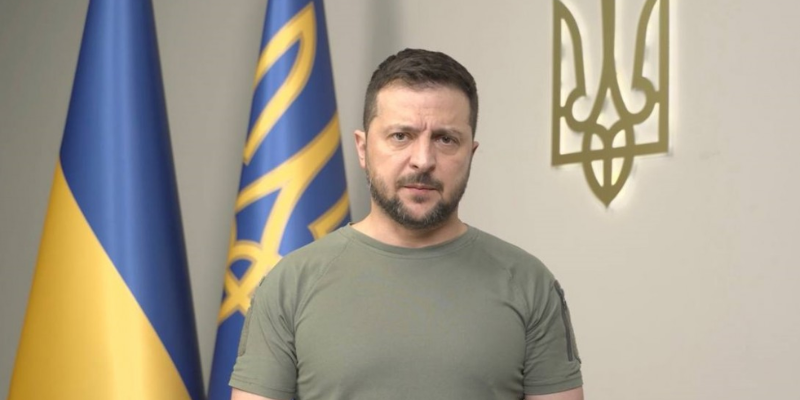 We are bringing our people home. Exchange has just finished. Today we have 215 pieces of good news. 215!

This is clearly a victory for our state, for our entire society. And most importantly, for 215 families who will be able to see their loved ones in safety.

And a total of 108 warriors of “Azov”, a total of 188 heroes of “Azovstal” and Mariupol. Eight people were wounded during the Russian terrorist attack in Olenivka. A total of 215 heroes!

These are warriors of the National Guard, our army, the Navy, border guards, policemen, warriors of the territorial defense, employees of the Security Service of Ukraine and others.

Dmytro Kozatskyi – the famous Orest, a photographer from “Azovstal”. Mykola Kushch and Kostiantyn Nikitenko – the militants sentenced them to death.

We remember all our people and try to save every Ukrainian. This is the meaning of Ukraine, our essence, this is what distinguishes us from the enemy… We value every life!

And we will definitely do everything to save everyone who is in Russian captivity.

This operation was prepared for quite a long time. And there are several components in the exchange.

The first component: we exchanged one fan of Russia for 200 warriors. At first, we were offered to return 50 of our people in exchange for one of those in the detention center of the Security Service of Ukraine. We talked. We insisted. The number of 50 increased to 200. They are already in Ukraine. I think this is a good result.

Although even more than 200… Because among the released Ukrainian women there are those who are preparing to become mothers. And I am especially happy that it has now become possible to return them to Ukraine.

It is not a pity to give Medvedchuk in exchange for real warriors. He went through all the investigative actions provided for by law. Ukraine received from him everything necessary to establish the truth in the framework of criminal proceedings.

The second component – in addition to 200 warriors, we returned five more combat commanders for whom we had to carry out the biggest, the longest, the most difficult fight. They were threatened with the worst. Five superheroes.

In exchange for them, we gave 55 of those who deserve neither pity, nor sympathy, nor any words at all. Those who fought against Ukraine. And those who betrayed Ukraine. Those who we definitely do not need.

Ukraine agreed with Türkiye – I spoke about this with President Erdoğan – that our five commanders who are being released from captivity will be in complete safety, in comfortable conditions and under the personal protection of the President of Türkiye. Until the end of the war. But we will provide the opportunity for their families to see them.

And, of course, we helped our friends – this is a matter of honor for Ukraine, a matter of our gratitude for helping our country. We managed to liberate 10 foreign citizens who were in Russian captivity.

Earlier we discussed this with Boris Johnson – he asked for assistance. With American friends. Now the following people will return home: five citizens of Great Britain, two citizens of the United States, one citizen of Morocco, one citizen of Sweden, one citizen of Croatia. The enemy sentenced them to a long prison term or the death penalty. We saved their lives.

All of them will return home through the mediation of Saudi Arabia. I am sincerely grateful to everyone who contributed for your help!

And I want to name those people thanks to whom we have these 215 pieces of good news today.

On the Ukrainian side, a pretty powerful group deals with the issue of release. It is managed by four: Head of the Office Yermak, Head of our intelligence Budanov, Head of the Security Service Maliuk and Rustem Umerov. And I also thank their team – Dmytro Usov, Ombudsman Lubinets, Minister Monastyrskyi.

Thank you, guys, for this Ukrainian success!

Already tomorrow we will introduce some other members of our group, which is working to save our people from captivity. We will also provide more details of this exchange. Please wait for the corresponding briefing.

Thank you once again to everyone who ensured this victory for Ukraine!

Congratulations to all our defenders who are returning home!