AN INITIATIVE OF THE UKRAINIAN WORLD CONGRESS

#UniteWithUkraine is a global fundraising campaign focused on providing vital protective and medical equipment to Ukraine’s defenders on the front lines.

Interactions, media, events and on-line communication with potential, current and past donors 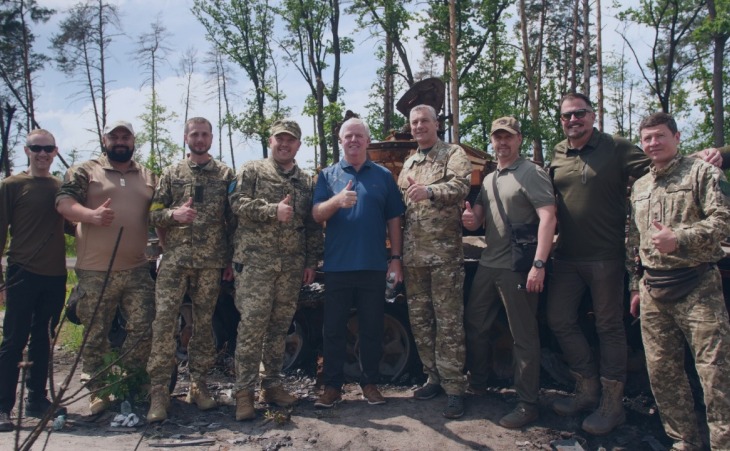 The Strategic Advisory Council (SAC) is comprised of prominent and senior retired Generals from countries that are supportive in the fight for Ukraine's freedom, against tyranny and Russian aggression. The SAC is chaired by Canadian General Rick Hillier, a former Chief of the Defense Staff and senior commander of forces in several theatres. The SAC serves three main roles: 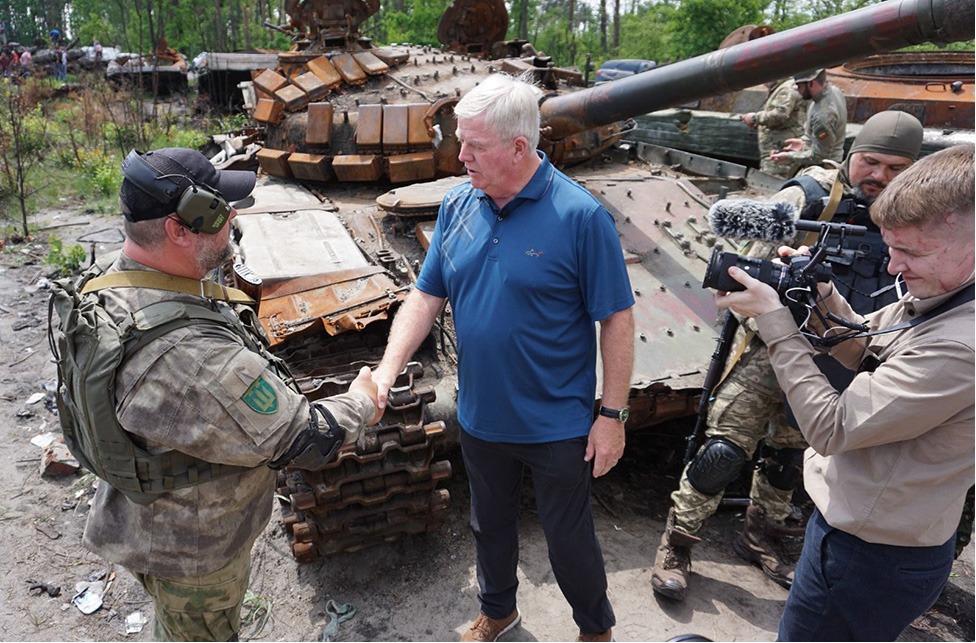 Born in 1955 to Jack and Myrtle Hillier in Campbellton, Notre Dame Bay, Newfoundland, he was the fourth of six children, with him being the only boy. He attended Greenwood High School and graduated in June 1972. Hillier chose to attend Memorial University, studying biology. While at Memorial University, his application to become an officer cadet was accepted.

Hillier rose quickly through the ranks to become one of the most storied and respected soldiers in Canadian history.

In January 1998, as commander of 2 CMBG, he led Operation Recuperation, the Canadian Forces’ intervention in the paralyzing ice storm in Ontario, Quebec and New Brunswick.

He went on to command the Multi-National Division (South-West) in Bosnia-Herzegovina.

He was named chief of the land staff, commanding Land Force Command, on May 30, 2003.

He commanded the NATO ISAF in Afghanistan from February 9 to August 12, 2004. 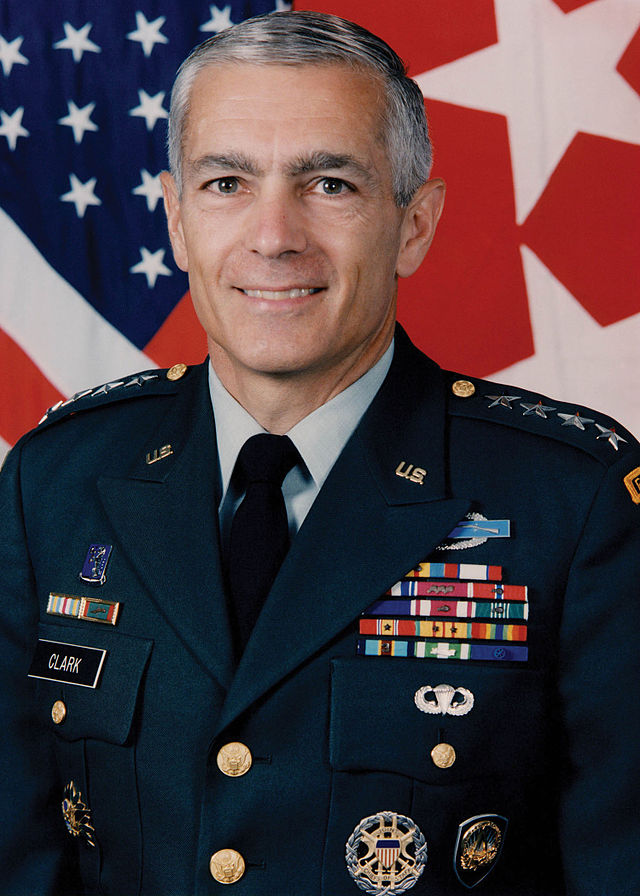 General Clark spent 34 years in the U.S. Army, receiving dozens of military decorations, several honorary knighthoods, including and the Presidential Medal of Freedom and remains one of the longest-serving, decorated and honoured members of the U.S. Armed Forces as a four-star general.

Clark’s career includes serving as Supreme Allied Commander Europe of NATO from 1997 to 2000, commanding Operation Allied Force during the Kosovo War, and was a major author of the Dayton Peace Accords that prevented ethnic cleansing.

Clark earned his second Legion of Merit for his work in the offices of the Chief and Deputy Chiefs of Staff of the U.S. Army from 1983 to 1984.

A decorated war veteran who served in Vietnam, despite being severely injured, went on to command several more battalions.

Graduating first class as valedictorian in 1966 at West Point, Clark was also a Rhodes Scholar at the University of Oxford and graduated from the Command and General Staff College with a master’s in military science. 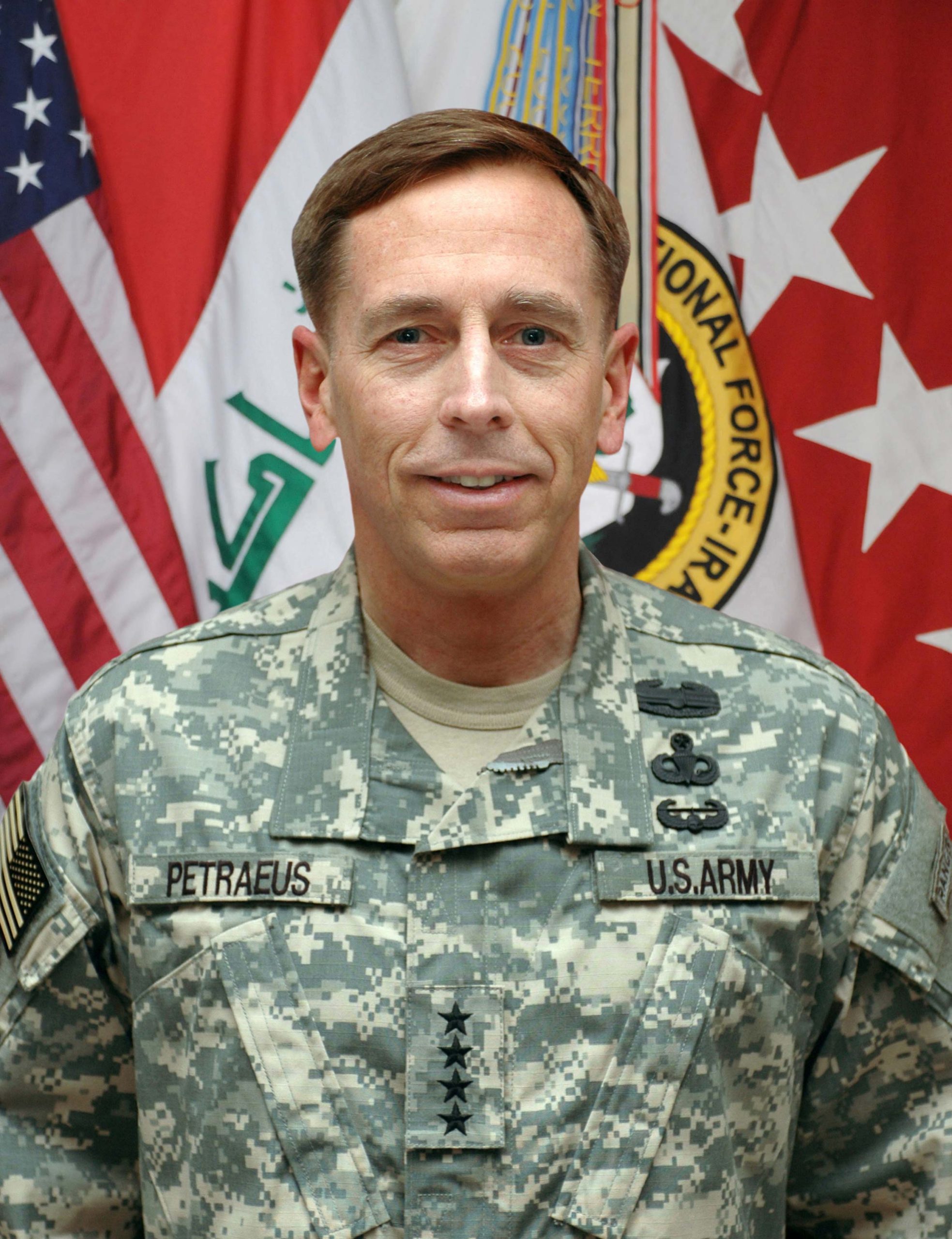 General David Petraeus’ military career included some of the most critical positions of combat leadership in modern U.S. history, including command of all forces in Iraq during the Surge and all forces in Afghanistan at the height of that war, after which he served as the Director of the CIA, following confirmation by the Senate by a vote of 94-0.

His four-star assignments included serving as the 10th commander, U.S. Central Command from October 2008 through June 2010, Commander of the Multi-National Force–Iraq from February 2007, to September 2008, and Commander of the International Security Assistance Force In Afghanistan from July 2010 through July 2011.

General Petraeus graduated with distinction from the US Military Academy and later earned a Ph.D. from Princeton University.  He has held academic appointments at USMA, CUNY’s Honours College, USC, Harvard’s Belfer Center, and Yale’s Jackson School.

General Petraeus is currently a Partner with the global investment firm KKR and Chairman of the KKR Global Institute.  He also serves on the boards of One Stream and Optiv, is a personal venture investor, and is a Senior Fellow and Lecturer at Yale University.

General Petraeus’ military career has included some of the most critical positions of leadership in modern U.S. history, including overseeing operations in Iraq and Afghanistan.

Among his many staff and command appointments, Petraeus served as chief operations officer (1995) for the United Nations mission to help establish democracy in Haiti and as assistant chief of staff for operations (2001–02) for the multinational Stabilization Force sent by the North Atlantic Treaty Organization (NATO) to enforce a cease-fire in Bosnia and Herzegovina.

Among his military accolades are four awards of the Legion of Merit, The Bronze Star Medal for valor and two awards of the Defence Superior Service Medal.

In total, Petraeus served 37 years in the United States Army after graduation from West Point in 1974. 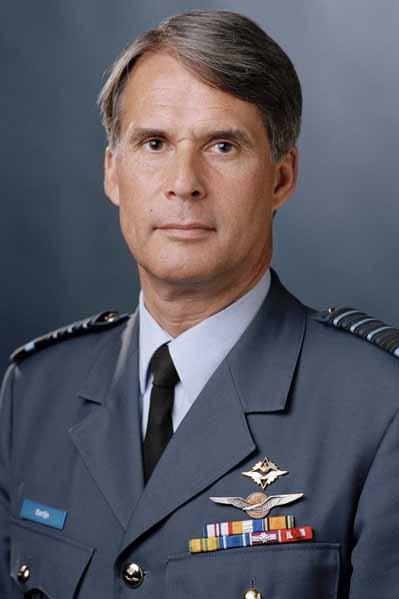 A distinguished officer and fighter pilot whose military career began in 1969, General Berlijn has been one of the leading figures in The Netherlands military.

In the 1980s, Berlijhn monitored his force’s conversion to more advanced fighter jets, was supervisor to a specialist weapons training course for pilots and became Head of the Fighter Weapons Branch.

In the 1990s, his leadership grew to Chief of Flying Operations at Twenthe Air Base, tasked with the base’s operational preparations for Operation Deny Flight, which monitored and enforced the UN’s approved no-fly zone over Bosnia-Herzegovina.

He would eventually be appointed Commander-in-Chief of the Royal Netherlands Air Force and later on, Chief of Defence Staff.

Among his military honours for his service, Berlijn is the recipient of both the NATO Medal, as well as the Multinational Peace Operations Commemorative Medal for Operation Deny Flight.

The campaign enables anyone, anywhere to provide support for the Ukrainian people as they fight for freedom, human rights and democracy.

Funds raised are being used to supply an evolving range of needs to the brave men and women on the front line, including: individual first aid kits; bullet-proof vests and helmets; night-vision goggles; and communication equipment and fuel, among other things.

Follow us onstay informed of our latest updates: The strength, resilience, and perseverance of the ‘Defenders of Ukraine’ remains steadfast in the face of the invaders but they continue to need our support, and they need it TODAY - please spread this message!

For journalists out there, please get in touch with us

From civilians to defenders… they need our help!