Home page | All news | Izyum atrocities: “My husband was found with a bullet in his head”

Izyum atrocities: “My husband was found with a bullet in his head” 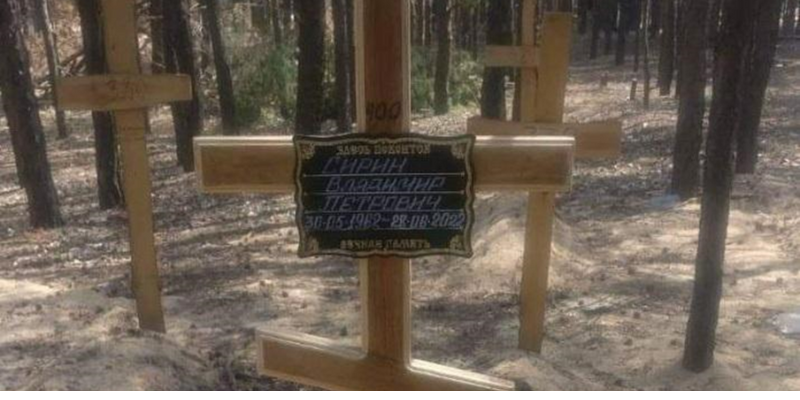 The couple of Olena Hrebenyuk, 61, and Volodymyr Sirin, 60, have lived together for 22 years. Olena was born in Ukraine, and Volodymyr in Moscow, but this fact by no means prevented their marriage to be happy, and neither did Volodymyr’s Russian origin matter for his life in the Ukrainian city of Izyum, Kharkiv Oblast. They had their house, Olena worked at a local courthouse, and Volodymyr was a woodcarver. This idyl lasted until Feb. 24, 2022, when the Russian troops invaded Ukraine to liberate them from the “yoke of Kyiv’s Nazi regime.”

First, they had to survive heavy shelling, roaming from cellar to cellar and sharing a roof, food and fear with strangers. “Until February 28, stores were still open in the city, but everything that was there was simply swept away by people,” Olena told UNIAN.

They made a few attempts to evacuate. The first one nearly cost them their lives:

“We left the five-story building [in the basement of which Olena and Volodymyr were sheltering] around 9:00 a.m., began to descend to the football field, and there were [Russian] orcs on the other bank of the [Siversky] Donets. And they started shooting at us. They probably saw my husband and me and fired a cluster rocket. My husband grabbed me, we fell to the ground, it flew past, and the fragments began to fly, but thank God, we were not hit.”

Olena also recalls how a man she personally knew was shot on his way to work. After that, the Russians did not allow anyone to approach, opening fire on those who tried to. “He just bled to death,” she says.

The atrocities of the Russians contrasted with manifestations of humanity among Ukrainians. In a bomb shelter, in which the couple once stayed overnight, a local businessman fed 200 people, giving away foodstuffs from his store. And there was a driver who took seven passengers and brought them to a safer place in his five-seat car. Olena was one of the seven. 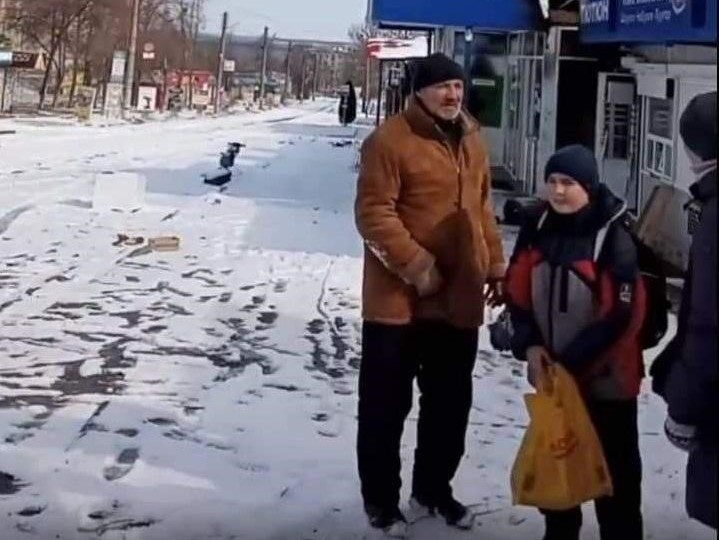 She went to Germany, to her daughter and grandson, whereas Volodymyr did not want to leave their house and stayed to keep it. There was no communication between them. From time to time, their neighbor called her (sometimes mobile signal could be caught atop the Kremyanets Hill) and told her about what was going on in the city, her husband and unbidden guests in their house.

“They grabbed his phone and took away our laptop and plasma TV. They put everything they wanted in a suitcase. Even forks and spoons were taken away. It’s funny… My husband was left alive, they didn’t touch him,” says Olena. However, one of the next encounters with the occupiers was not funny – they hit Volodymyr on his head with a butt.

In June, the neighbor said Volodymyr had not been seen for a week, and then he called to tell that the body of her husband was found in the backyard of a house not far from theirs, a bullet in his head.

For those who have never been there, Izyum is just the name of one more Ukrainian city where Russian atrocities were discovered after its liberation. Those who visited Izum must have enjoyed the awfully beautiful view that opens from the Kremyanets Hill onto the Siversky Donets river and were certainly surprised to learn that it was Ukraine’s only city with a square named after John Lennon. But for those who lived there, it was their hometown where they grew, worked, fell in low and brought up their own children. Until the Russians came. Today, 80 percent of the city is ruined.

During the 77th UN General Assembly in New York, the Ukrainian World Congress called upon global leaders to make the decisions that will contribute to ending Russia’s genocidal war against Ukraine, to take immediate action and create an International War Crimes Tribunal to prosecute the Russian federation, its leadership and everyone responsible and complicit in war crimes, and crimes against humanity in Ukraine.

Russia must burn in hell.