On March 14, the international Ukrainian diaspora will join Ukrainians in celebrating Ukrainian Volunteer Fighter Day at the state level. Together, we honour the memory of all those who bravely, without hesitation, volunteered to fight the Russian aggressor in Eastern Ukraine after the Revolution of Dignity.

On March 14 six years ago, the first 500 volunteers of the Maidan Self-Defense arrived at the Novi Petrivtsi training ground to form the first volunteer battalion. These volunteers became an example of courage and steadfast loyalty and, along with the heroes of the Revolution of Dignity, have been honourably entered into the annals of recent Ukrainian history. The spirit of the Ukrainian volunteer fighters continues to inspire our troops to defend their sovereignty and repel the Russian aggressor.

On this day, our international Ukrainian family remembers volunteers from the diaspora who joined the fight with respect. Specifically, we remember Vasyl Slipak, a world-famous opera singer who left the Parisian stage to defend Ukraine, Markiyan Paslavsky from New York, who worked as an investment banker and joined the volunteer battalion, and many others who responded to the call of their hearts. Their victory and the feat of their brothers and sisters will forever remain ingrained in the memory of the Ukrainian people and the stories will spread to all corners of the world where Ukrainians live.

Glory to Ukraine! Glory to the heroes! 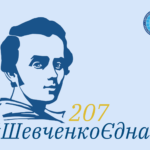 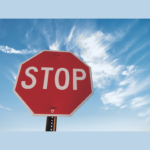