Home page | All news | Survivors’ stories: Praying for life with a promise to rejoice at each and every day ahead

Survivors’ stories: Praying for life with a promise to rejoice at each and every day ahead 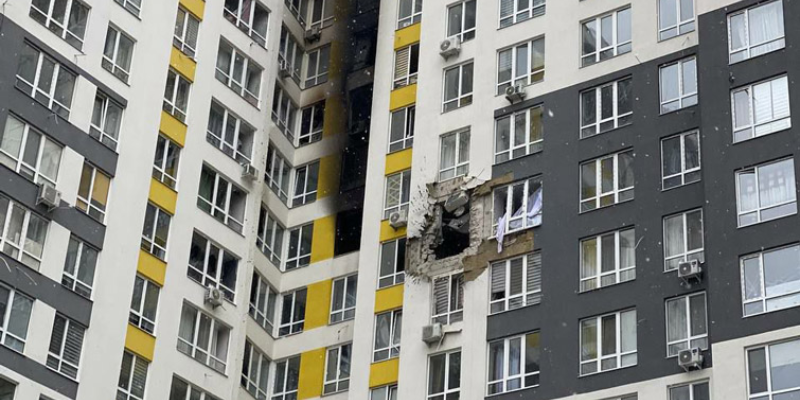 Sitting in the basement, Hanna asked God only one thing for herself and her family: to survive. “Let them take from me everything else but I will be happy every day that I’m alive and can embrace my family,” she says, recollecting those first days of the full-scale war.

Hanna Sokil and her husband had been saving for several years to buy their new apartment to which they moved with their son and Hanna’s 77-year-old mother just a few months before the invasion. And it was worth the savings! The brand-new neighborhood in Irpin, a suburb of Kyiv, comprised only four apartment buildings surrounded by a forest.

There were no military facilities in the vicinity, so when Russia attacked on Feb. 24, they felt as if being in the safest place. However, the war was nearing by the hour, and the first warning was the cracked windowpane when the Irpin bridge was blown up on Feb. 25.

And soon there arrived the orcs in a column of tanks, one of which shot at their building for three hours, setting fire to some of the apartments. “I was at home with my family,” Hanna relates. “The first shell pierced the sofa on which my son was lying two minutes ago. We grabbed the bag with the documents and crawled out into the hallway. There we lay on the floor for some time while our house was being shot.” Finally, they took a risk and ran ten floors downstairs to the basement, where 50 of their neighbors had already found a shelter. 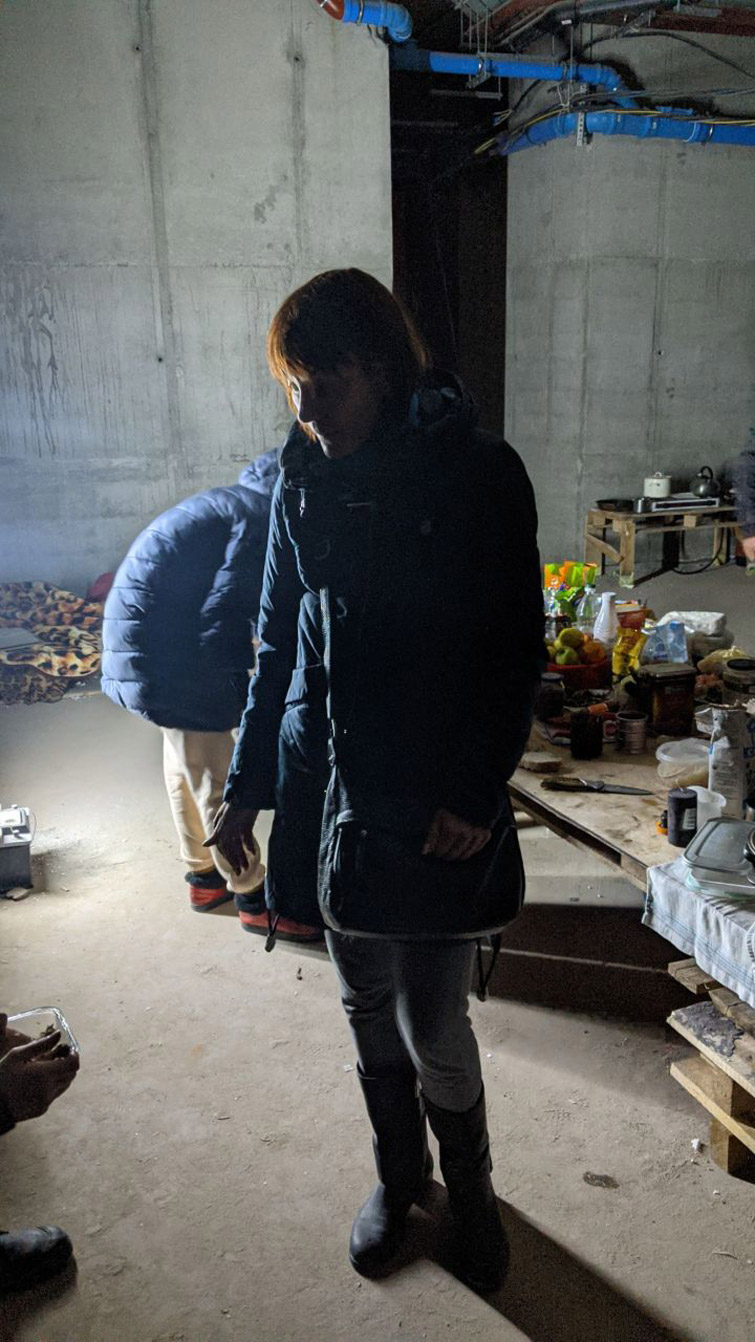 Hanna in the basement

They spent several days in the basement, eating what the neighbors managed to snatch up from fridges, cooking on grills under shelling, and charging cellphones from a solar battery. Men made rounds of apartments, helping people go down to the basement and fighting fires.

The basement inmates contacted the Territorial Defense, the Armed Forces, and the mayor to find out the ways of evacuation. They also kept a record of those who left to know their names in case they would be killed because the Russians were known to intentionally fire at the people leaving the town. 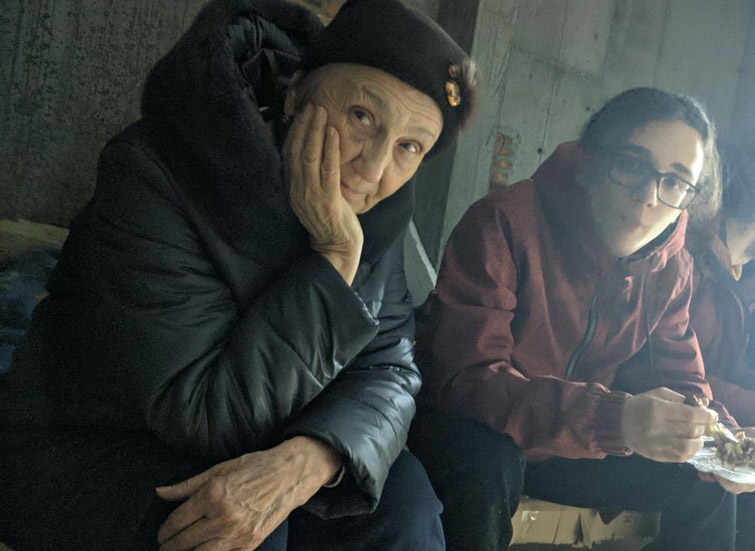 Hanna’s mother and son in the shelter

“On the way through Unversitetska and Sumska streets, corpses were lying everywhere. Leaving the city was utterly dangerous. People tried to escape but returned,” Hanna says.

On March 8, they finally embarked cars and set off. The column was not hit, although projectiles landed very close. They were brought to the destroyed bridge. “The river had to be crossed on two wobbly boards. A lot of people. Shelling. Some dropped to the river. I don’t know how my mother managed to get through. I saw that her lips turned blue. I didn’t believe that I would bring her alive,” Hanna says. 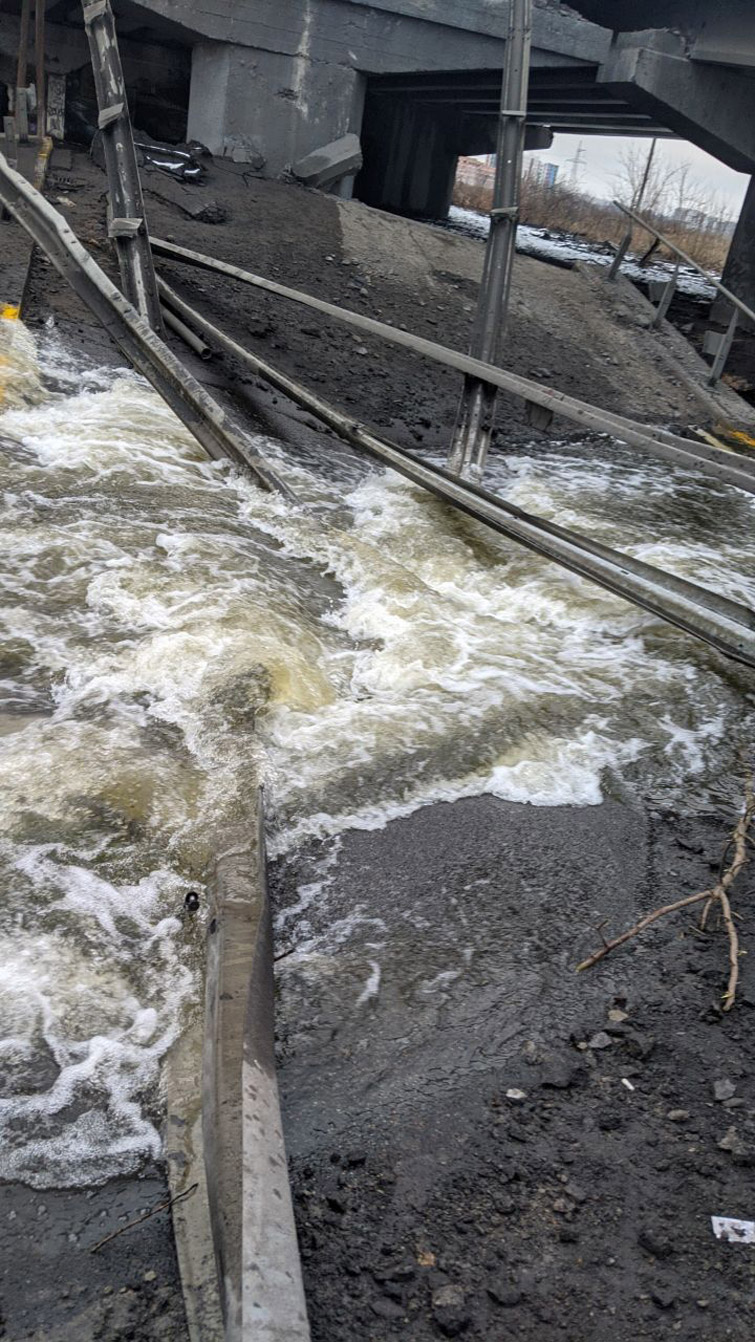 The road from Irpin

At 11:00 a.m. that very day, the family took the first train to Lviv from the Kyiv Passenger station.

We post stories like this so that as many people as possible all over the world will know the truth first-hand – about the war of terror unleashed by Russia against Ukraine and the policy of genocide the Kremlin pursues. These are true stories told by ordinary people who wanted to live and be happy and never thought about any war. Please share their stories!