Today marks the 30th anniversary of the historical national referendum on independence of Ukraine, which took place on December 1, 1991. During the referendum, an overwhelming majority of more than 90% of Ukrainian voters voted in favor of establishing an independent and sovereign Ukrainian state. This vote, which successfully took place and gained support in all 27 administrative regions of Ukraine, became an unambiguous and an indisputable expression of the popular support of an idea of an independent Ukraine and confirmed the Declaration of Independence of Ukraine, adopted by the Verkhovna Rada of Ukraine on August 24, 1991.

Another important gain of this referendum was that it legitimized the emergence of an independent Ukraine at the international level. From December 2, 1991, onwards, Ukraine was globally recognized by other countries as an independent state with Poland and Canada being the first two countries to grant recognition.

The Ukrainian referendum on December 1 also decided the final fate of the Soviet Union. Despite Ukraine’s declaration of independence on August 24, 1991, the so-called “democratic Russia” still had hopes to draw it into some kind of a“renewed union”. Russian leaders at that time did not take Ukraine’s ambitions for independence seriously and believed those had been just political games. In result, the outcomes of the referendum came as a shock to Moscow, which was well aware of the fact that it made no sense to establish any new “unions” without Ukraine. On December 26 the very same year the Soviet Union was officially dissolved.

That’s how, exactly 30 years ago from now, 29 million Ukrainian citizens have forever buried the “Evil Empire” with the help of democratic tools and their primary argument, which sounded as “If you don’t support independence, you’ll support dependence”.

The organized Ukrainian diaspora played a special role in the process of emergence of an independent Ukraine.

The efforts of the global diaspora helped to ensure recognition of Ukraine’s independence by the international community in 1991. For decades, Ukrainians raised in the patriotic diaspora environment became dedicated champions of Ukraine’s national aspirations and interests globally. 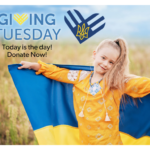 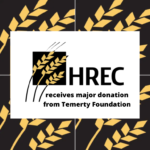 Announcement of Major Gift to HREC