The Ukrainian World Congress (UWC) addressed the General Secretary of NATO Jens Stoltenberg in advance of the 2021 NATO Allied Leaders summit, which will take place on June 14 in the NATO HQ in Brussels, Belgium, and called on the Alliance to accelerate work on a NATO Membership Action Plan (MAP) for Ukraine.

On behalf of the UWC and the global Ukrainian community, Paul Grod thanked Mr. Stoltenberg for standing firm with Ukraine in defending its sovereignty and territorial integrity. He also stressed that the recent unprecedented escalation of Russian aggression at Ukraine’s borders, as well as acts of aggression carried out by Russian agents in NATO member states, such as Czech Republic and Bulgaria, have clearly indicated that Russia had become an imminent threat to Europe and to all NATO member states.

Taking into account the Bucharest Nine states’ call for enhanced NATO presence in Eastern Europe and greater security in the Black Sea region, Paul Grod called on the Secretary General and on NATO to reaffirm support for Ukraine’s and Georgia’s Euro-Atlantic aspirations and to accelerate work on a NATO Membership Action Plan for Ukraine.

“A clear message of support for Ukraine’s MAP will serve to deter further Russian aggression. Furthermore, it will reaffirm NATO’s commitment to Ukraine’s independence, sovereignty, territorial integrity, and Euro-Atlantic choice of the Ukrainian people as enshrined in Ukraine’s Constitution,” reads the statement. 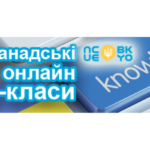 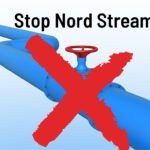